As soon as the trailer of Anupam Kher and Akshaye Khanna starrer ‘The Accidental Prime Minister‘ was out it became the talk of the town. It had some controversial scenes and told the inside story of the most influential political family, the Gandhis.

The film landed into political controversy and several national parties gave their views about the film. Just as the array of giving statement slowed down, the trailer disappeared from the YouTube miraculously and Anupam Kher tweeted his concern about the same.

The matter was not even resolved when the actors get caught into a court case in Bihar. Lawyer Sudhir Kumar Ojha has filed a case against Kher and other actors for maligning the images of some top people.

According to Ojha’s petition, Anupam Kher as Manmohan Singh, Akshaye Khanna as Sanjay Baru, Suzanne Bernert as Sonia Gandhi, Arjun Mathur as Rahul Gandhi, Aahana Kumra as Priyanka Gandhi, and others have damaged the images of their respective roles. “It hurt me and many others,” he said.

He has also filed a complaint against the director, Vijay Ratnakar Gutte and producers, Sunil Bohra and Dhaval Gada, of the film.

The film  based on Sanjay Baru’s memoir released in 2014 is slated to release on January 11, 2019. The trailer of the same was released on 27 December last year. 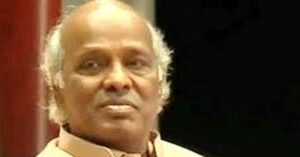