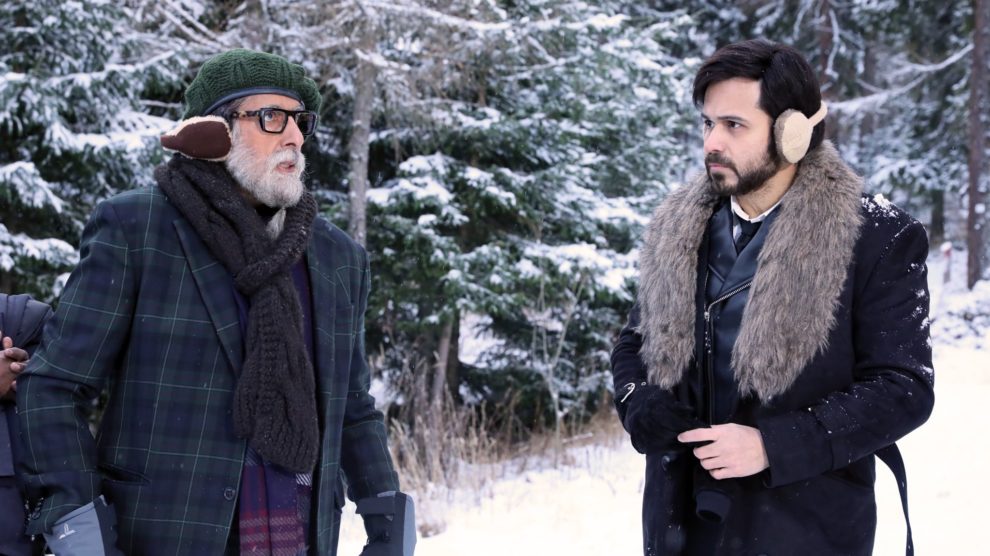 Amitabh Bachchan and Emraan Hashmi, who recently flew off to Slovakia for their upcoming film Chehre, have wrapped up the schedule there. Hashmi took to his social media account to inform the fans and praising the film’s team he wrote, “Kudos to the entire team that pushed themselves and shot in minus 12 degrees. I, on the other hand, was snugly packed with 9 layers of clothing.”

He also shared a couple of pictures from the beautiful location. One picture features both Hashmi and Senior Bachchan having a conversation while another features the entire team along with the lead actors.

And its a wrap for the #chehrein Slovakia schedule. Kudos to the entire team that pushed themselves and shot in -12 degrees. I, on the other hand, was snugly packed with 9 layers of clothing 😎

Amitabh Bachchan even undertook the director’s responsibility for a couple of scenes. “He directed the chase sequences and the hand-to-hand combat scenes. We completed the combat scenes on Saturday and on Sunday, shot the last chase scene, which reminded me of Zanjeer, Deewar and Trishul,” Anand Pandit told Mumbai Mirror. 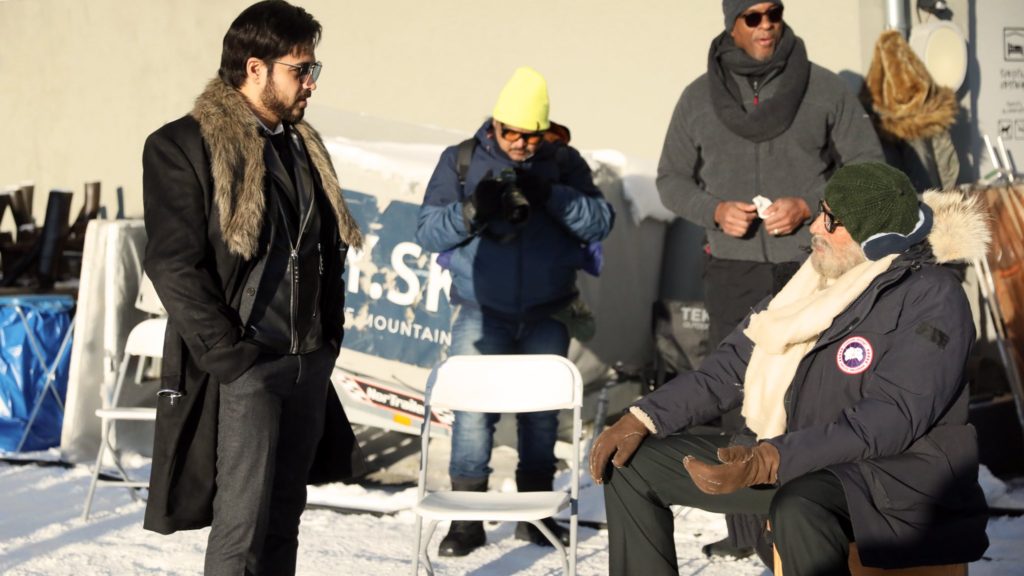 Directed by Rumi Jafry, Chehre tells the story of a group of friends including some of them who are retired lawyers. Amitabh Bachchan essays the role of one of the lawyers whereas Emraan Hashmi plays a business tycoon. These friends meet up at a bungalow in Shimla and play a psychological game. It also features actors like Krystle D’Souza, Rhea Chakraborty, Siddhanth Kapoor and Annu Kapoor in pivotal roles. The film is being produced by Anand Pandit under the banners of Anand Motion Pictures & Saraswati Entertainment Private Limited and is slated to be released on 24 April next year.