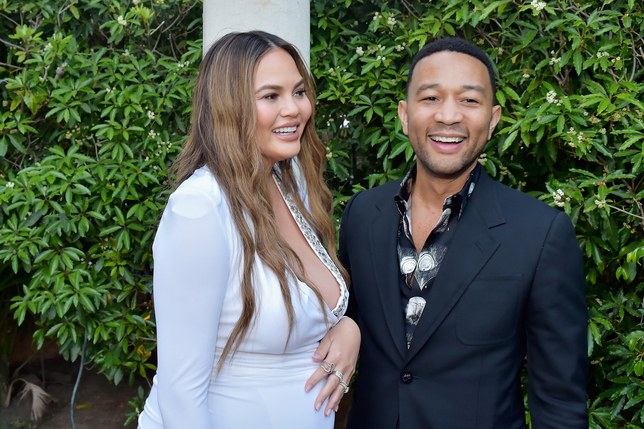 After the quite serious banter over Kanye West’s growing support for American President Donald Trump, the public, as well as the 28.1 million followers of the former, were quite shocked when Mr. West uploaded a picture of himself and John Legend posing for the camera in one single frame. The two are believed to have made up their disagreements as they met over John’s wife Chrissy Teigen’s baby shower, which was organized by none other than Kim Kardashian West, Kanye’s wife herself.

Those who followed the best friends’ Instagram story updates, were aware of the beauty and grandeur of this baby shower. Said baby shower was also apparently the place for the respective husbands of the duo to set aside their petty quarrels and reconcile. Soon after Kim posted her Instagram stories, Kanye West uploaded a selfie clicked by him and John Legend on Twitter, with the caption “We got love. Agree to disagree”. Adding onto the that, he posted another video on the same day of John Legend playing the track ‘Ordinary People’ from his debut album, released back in 2004, on a wooden piano in front of all the other guests. His fingers agile, moving on the piano was recorded in high definition by Kanye West himself, which he uploaded with the caption ‘Lead with love’.

The same audience which once bore witness to the hurtful exchange of words among the two men, are now celebrating their reunion with satisfied hearts.

‘Baahubali 2: The Conclusion’ Still Trends in Japan After its 100th Consecutive day in Theatres
Actor Leonardo DiCaprio Is Now Officially the Eponym of a Rare Beetle
Comment