Good news for Christopher Nolan fans. The director’s espionage-thriller, Tenet crosses 300 million dollars at the worldwide box office. Though all is not good for the film. The film has performed below par at the box office, mainly due to the pandemic.

It was made on a mammoth budget of 200 million dollars, which excludes marketing and promotion costs. Add, them to the figure, and the film has to earn more than double its budget if it wants to break even.

Tenet has even failed to earn 50 million dollars in its domestic market, which is North America.

In the film, a concept called inversion is introduced, though Nolan has said that the film is not about time travel. The concept of inversion in the film is about communication with the future.

It stars John David Washington in the lead, whose character is tasked with saving the world from World War III. Apart from him, the film also stars Robert Pattinson, Elizabeth Debicki, Kenneth Branagh, Dimple Kapadia, and Michael Caine.

Even though the movie opened to good critical reviews, the COVID-19 has not been kind to its theatrical performance. Audiences have refrained from going to the theatres, as the threat of getting infected with the virus, is still high.

No one wants to catch a virus when going to watch a film. Theatres have taken all the necessary precautions to prevent this situation, sanitizing everything but still, it is not enough to entice the audience.

In the wake of Tenet’s poor performance at the box office, several studios have delayed their films. The latest being, the 25th James Bond film, No Time To Die. 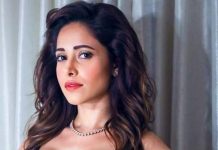