Set in Bihar, the film tells the story of a Dalit boy and his journey of wearing a coat. It is about how, from being a nobody who struggled for food and clothes, he becomes a somebody, a larger-than-life personality.

Talking about the film Vivaan said, “This film was special in terms of me being able to stretch my acting abilities and play a character who was completely outside the realm of my experience. When producer Kumar Abhishek and director Akshay Diti narrated me the story I was very much convinced and said yes to it. It was a lovely and amazing experience working with them and the whole crew.”

Vivaan made his acting debut in 7 Khoon Maaf. He has appeared in the films Happy New Year, Bombay Velvet and Laali Ki Shaadi Mein Laaddoo Deewana. He was last seen in the MX Player show, Only For Singles.

COAT is produced by Kumar Abhishek and Pinnu Singh under the banner of Perfect Time Pictures. Directed by Akshay Ditti, the social drama is narrated by Vivaan’s father veteran actor Naseeruddin Shah.

“It was great having my father as the narrator. It’s always great to be involved with him in any project,” said Vivaan about his collaboration with his father.

Producer Kumar Abhishek added that he has learned many things while working on the film COAT. “Vivaan was my first choice because the script demanded it. I knew he would do justice to his character,” he said.

The film is expected to release by the end of this year. 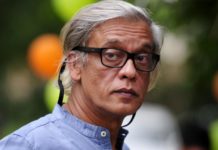 Sudhir Mishra announces remake of his first film; says ‘students of today are the trigger’