Though Bollywood is not that famous when it comes to horror films, but there are few elements which the Filmmakers use constantly to connect the past of a character to the main plot of the film. And why is it important? In order, for a story to be true to it’s existence, the characters need to be defined very well and the past life of a character contributes to it.

To engage the viewers, it is necessary to have story arcs which gives them more insight from the life of characters as well as it connects them completely to the story of the film. And it becomes really important to do so when it comes to horror films to add thrill and suspense to the story.

Here’s discussing a couple of elements which filmmakers use to connect the past to the main plot of the film.

Old Photos or Videos are among the oldest elements which most of the horror films use. The character just randomly comes across old photo album or videos and then his trip down the memory lane begins. We are introduced to his past, the prologue begins defining his psychological state and which adds the further thrill to the main plot. For instance, the 2003 film Saaya where John Abraham playing the protagonist reminisces his past by going through photos of his dead wife, and then the story goes back to time to introduce us to a new story arc.

The recently released Bhoot: The Haunted Ship starring Vicky Kaushal in the lead role did use the same element to connect the past. 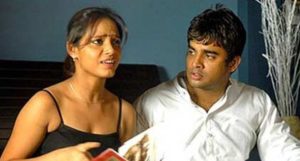 Some stories are bound to come to the past at the Climax of the film which has been pretty successful as it maintains thrill and suspense till the end, engaging the viewers. For instance, the most popular film from the horror Genre, 13B where R Madhavan plays the lead role. Just before the climax, we are introduced to the past of the character and the character here is the house itself i.e flat no 13 B, the story of the family which used to reside there earlier. And this has proven to be the best element so far, at the end and more precise.

So that were the few elements. Let us know your say on it and stay tuned to The Indian Wire for more such articles.