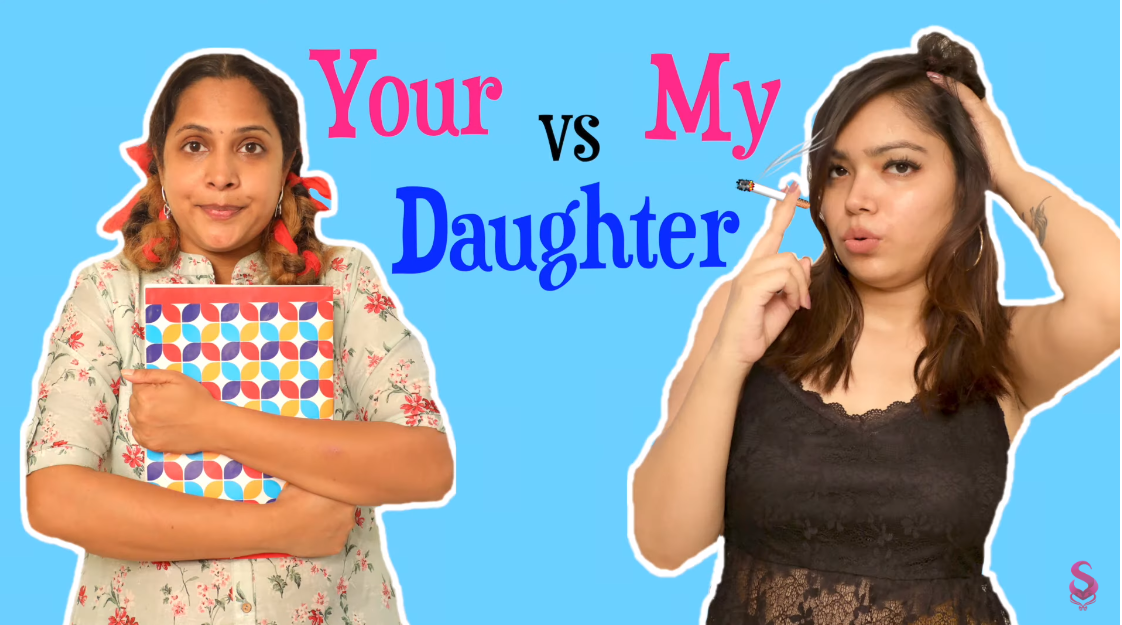 Shruti Arjun Anand posted a new video 19 hours ago on her youtube channel, titled, “Your daughter vs My daughter”. The video has already made it on #5 on the trending list, with 931k views.

The title makes everything pretty clear including the fact of how dope it is going to be. The video begins with questions posed at you that why is it that you like their daughter better than yours? A very dramatic effect has been given similar to that of sensationalized news. The video then shows various situations in which the two girls are compared. While ‘Your daughter’ is all sweet and sober, obedient and the perfect child in every sense, ‘My daughter’ is the exact opposite of it.

On the one hand, ‘Your daughter’ isn’t ready to go out of the house alone, on the other, ‘My daughter’ presents a fearless girl, who is going to Amsterdam. Both the girls are exactly opposite, be it they must obey their parents or be decent in front of their parents. But none of them is wrong or can be said to be better than the other. Both of them are equally good at things they do.

The intention of the video is obviously to make you laugh without offending you.

Watch it below and tell us which one is you.