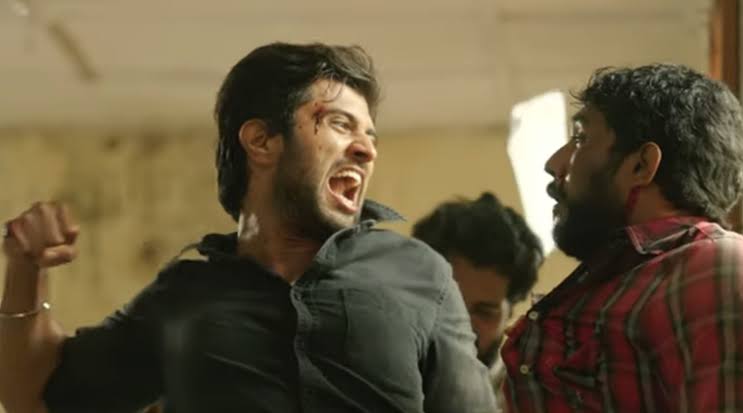 The youth star Vijay Devarakonda is excited for his forthcoming film, Dear Comrade. Directed by Bharath Kamma, releasing on July 26 worldwide in all the south Indian languages. This film is starring Rashmika mandana along side him for the second time after Geetha Govindam.

The makers of the movie have unvieled a three minute six second trailer of Dear Comrade which has shades of student politics and looks like an intense love story.

The duo seems to be in extreme love with each other, Vijay Devarakonda appears to be much involved in student politics, trashing people. At one moment Rashmika mandanna is heared saying “I am scared of seeing you like this”. It also indicates Rashmika had a breakup with Vijay, due to several anger management issues.

Vijay Devrakonda is one of the youth stars in South Industry who’s popularity has been increasing day by day. Sandeep Reddy Vanga was one of the reasons, who gave him one of the best movie in his carrier “Arjun Reddy” and brought the best out of him.

Dear Comrade makers have already released the songs which got good response from the audience.The film background score and music was composed by Justin Prabhakaran. The film has huge expectations among all the south Indian fans, let’s wait for the movie to come.