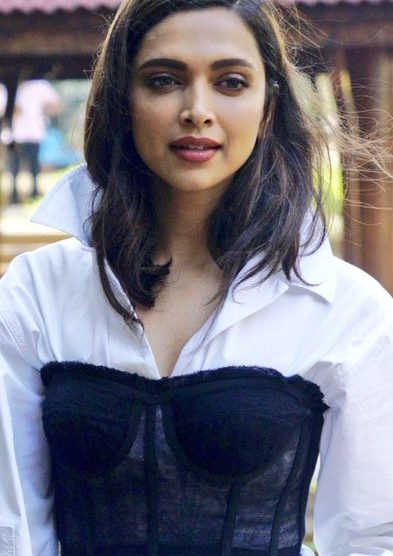 Deepika Padukone has denied Hrithik Roshan‘s involvement in her movie about Draupadi. It was rumored that Hrithik Roshan had been cast as Lord Krishna, in the project. However, when she was asked about the reports, Deepika explained that they’re still looking for a talented director to helm the project and haven’t even begun casting the roles yet.

Draupadi is a retelling of the epic poem, Mahabharata, from the point of view of Draupadi, who was the wife of Pandavas. Deepika is co-producing the movie with Madhu Mantena. Draupadi will take a fresh, and feminist look at the oft told tale of Mahabharata.

Of course, the rumors about Hrithik’s involvement began to surface after Deepika praised his performance in the action thriller, War. She tweeted: “@iHrithik in WAR is like Death by Chocolate from Corner House!..Just Saying…”

A video of Deepika feeding chocolate to Hrithik surfaced few days later, which led to speculations that they were finally set to work together. Still, Deepika has shown interest in working with him in the future.

Deepika Padukone will be next seen in Chhapaak, a biographical drama based on the life of acid attack survivor, Laxmi Agarwal. The movie is directed by Meghna Gulzar, whose previous efforts include Raazi and Talvar. Chhapaak also stars Vikrant Massey, in the role of Laxmi’s real life partner, Alok Dixit.