The Indian Wire » Entertainment » Deepika Padukone : Nothing can stop release of ‘Padmavati’! 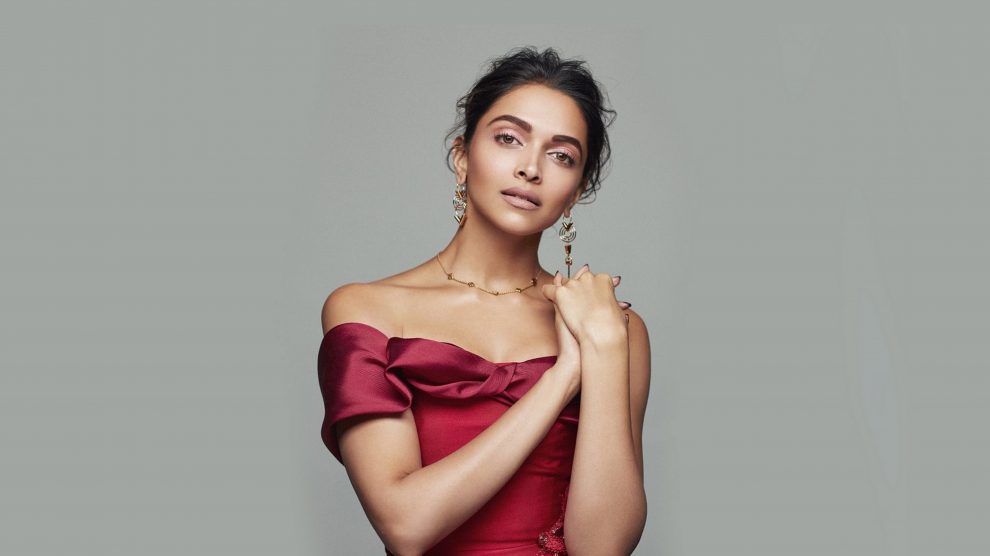 Bollywood actress Deepika Padukone says that nothing can stop the release of her upcoming period drama movie 'Padmavati'.

Bollywood actress Deepika Padukone says that nothing can stop the release of her upcoming period drama movie ‘Padmavati‘. Actress Deepika would have never imagined that one day she would be a Sanjay Leela Bhansali’s heroine. The actress is very much confident that her upcoming movie will overcome all the controversy and the movie will definitely hit the screens and will win a bigger battle for the industry.

Deepika says that she is really proud that she is a part of the movie and she is telling the story to the people which need to be told. She feels that now the time has come that the people should know the story. In the movie, Deepika is essaying the role of a Rani Padmini. The director of the movie, Sanjay Leela Bhansali is professed tribute to the sacrifice, valor, and honor of Rajput queen Rani Padmavati.

She says that there are many politicians, organizations, and individuals which also includes Bharati Janta Party and Congress Party and they are raising their fingers at the director Sanjay Leela Bhansali by claiming that the movie is distorting the history and they are even demanding that the release of the movie should be postponed. Deepika said that the movie will release as per schedule, on December 1.

Deepika says that the makers of the movie are only answerable to the Central Board Of The Film Certification (CBFC) and she strongly says that nothing can stop the release of the movie. The whole industry’s support symbolizes that how this is not about just the movie Padmavati but they are fighting a much bigger battle.

This is the third time when the director Sanjay Leela Bhansali and actress Deepika Padukone are collaborating together. Earlier, she has worked in the movie ‘Galiyon Ki Raasleela – Ram Leela’ and a historical drama movie ‘Bajirao Masatani’and she feels that the Sanjay Leela Bhansali gave her so similar yet so different roles in all the three movies.

There are two more actors in the movie Shahid Kapoor and Ranveer Singh and she believes that they both are a very independent individual and in a movie, they both are playing a very strong character. In the movie, she is essaying the title role which most of the actress did not get an opportunity to play in their career.

Deepika has entered in the film industry ten years back and the month of November is very special for her because she made her first debut movie got released on November 9 and for her November 15 is also important because her movie ‘Ram-Leela’ hit the screens four years back. She says that she still remember that there was a whole thing about the movies clashing, there was this debut versus that debut and she was so naive and was new that none of that made any sense to her at that point.

Moreover, she said that she never ever thought that she could be a Sanjay Leela Bhansali’s heroine. She describes the whole evolution as a phenomenon. Earlier Deepika Padukone has been into the film set before and she does not know how to deliver the dialogues to today enjoying the craft so much where she is the most peaceful and the happiest when she is in the front of the camera.

She says that the director Sanjay Leela Bhansali has added meaning to her not just as an actor but also as a performer and also as a human being. She says that ten years before she does not fit in the mold of being a Sanjay Leela Bhansali’s heroine and now he has worked with him in the two movies and the third movie is ‘Padmavati’. She says that her journey has been a pretty incredible. She feels that her soul, heart and her mind is connected along with the director.

Sanjay Leela Bhansali and Deepika Padukone coordinate really well and they both understand each other by just looking at each other. She feels that one can only get into that stage when you reach a different sort of spiritual and the level of creativity and one has to reach a point where they are afraid to take the risks or failure. She says that you have to do things with the pure heart and with a pure intention.

When asked the actress that after this one can expect both of them together? On this, Deepika replied that you never know there are possibilities that they both will be back together as a team for a movie. However, she says that right now it is important that they should focus on the movie ‘Padmavati’. She would love to collaborate along with the director but before that, both of them need to heal from this experience before they collaborate again