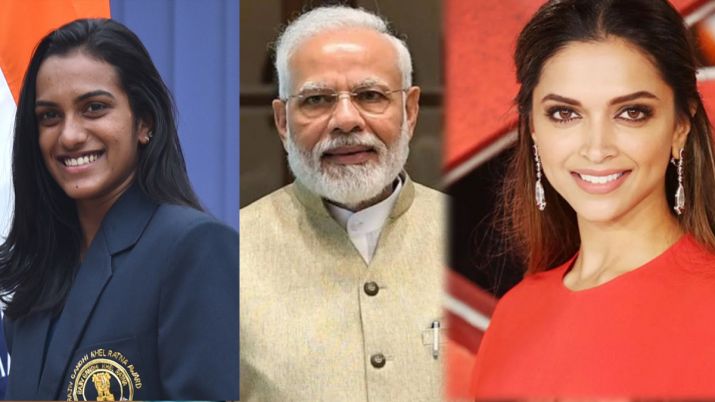 Diwali is just a few days ahead and Modi is bringing the torch of ‘BharatKiLaxmi’ initiative with Bollywood’s leading actress Deepika Padukone along with sports icon PV Sindhu. The Padmavaat actress also shared a video of their initiative on her social media accounts. In the video, the actress, along with PV Sindhu is talking about the initiative that focusses on bringing to light, the commendable work done by women across the nation.

The video features both the strong ladies and talks about the social worker and activist, Sindhutai Sapkal, who works for orphaned children in India. She was talked about as an example so that people around the world could understand the motive of this initiative. At the end of the video, Modi asks all of us to find stories of strong women around us and share it on social media with the hashtag #BharatKiLaxmi.

This Diwali, let us throw light on & celebrate the contribution & accomplishments of the women of our country! #BharatKiLaxmi pic.twitter.com/ePujWeWXfe

Societies grow when women are empowered and their accomplishments are given a place of pride!

There is no doubt in the fact that the Chhapaak actress Deepika Padukone is the best choice for this campaign. Being a numero uno Bollywood actress, she has also put India on the World Map with her talent, efforts, and global fan-following. Deepika also serves as a source of inspiration and motivation to millions of people worldwide as an artist and a humanitarian.

The Bajirao Mastani actress is also the founder of the Live Love Laugh Foundation that aims towards awareness of Mental Illness as she herself has strongly faced depression and mental illness. On the occasion of World Mental Health Day, Deepika Padukone also launched the ‘Closet’ initiative where she auctions off clothes from her personal collection and the proceeds are directed towards her foundation.

The actress will be next seen in Chhapaak, a film based on the life of acid attack survivor Laxmi Agarwal, which is directed by Meghna Gulzar and is produced by herself.