Disney has released a full-length trailer for its live-action remake of ‘Aladdin‘. After dropping the ‘Frozen II”, Disney is all set to release a new film ‘Dumbo’ in 2.5 weeks, and for now, ‘Star Wars IX’ is holding its first teaser for next month’s Star Wars Celebration. The film is helmed by ‘Sherlock Holmes’ and ‘King Arthur’ Director Guy Ritchie, with this 2.25-minute long trailer, sees lead actor Mena Massoud as Aladdin bouncing around, Naomi Scott‘s Jasmine and Will Smith as big blue Genie, who thankfully won’t be blue the whole time.

The latest trailer of ‘Aladdin’ takes us into the deep plot of the film and the trailer is presenting the big-budget, live-action remake of Disney’s blockbuster 1992 toon. The trailer has an inclusive style that looks like a Guy Ritchie movie and doesn’t seem like the carbon copy of its predecessor Bill Condon’s ($1.263 billion-grossing) ‘Beauty and the Beast’.

The film also features Navid Negahbam as the Sultan with Billy Magnussen as the new character called Prince Anders, Frank Welker will provide the voice over for Abu, Aladdin’s mischievous pet Monkey. Frank Walker will also provide the voice over for the Cave of Wonders. All the songs of 1992 animated film will be remade, along with some new music from composer Alen Menken. In the trailer, Princess Jasmine can be seen singing “A Whole New World,” and Will Smith rapping “Friend Like Me”, later the actor confirmed that his portrayal of Genie will be completely different from Robbie Williams’ portrayal.

I know Genies don’t have Feet… But you left some Big Shoes to fill. ? R.I.P., Robin!  And Thank You, @helloluigi Love the art work! 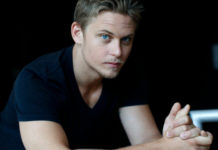 Disney to make a spin-off of ‘Aladdin’ character Prince Anders 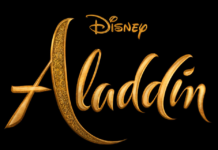