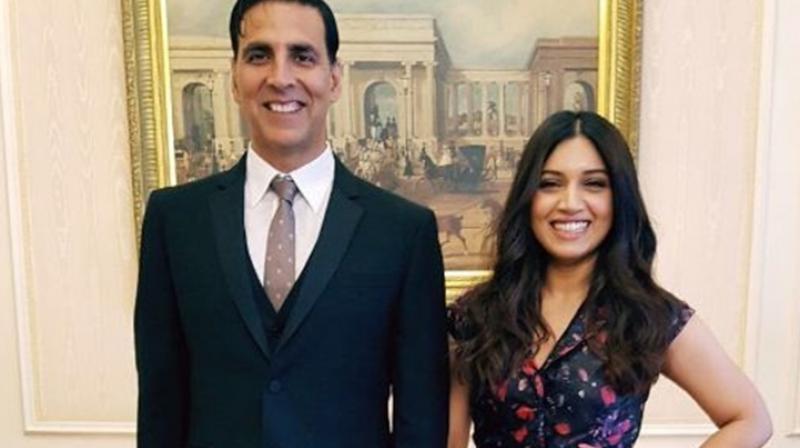 Actor Bhumi Pednekar is all set to reunite with her Toilet: Ek Prem Katha co-star Akshay Kumar for a new film titled Durgavati. But this time the two will not be sharing screen space. Instead, the Khiladi Kumar will be presenting the film along with T-Series owner Bhushan Kumar.

Pednekar who has received wide appreciation for her roles as rural or small town woman will be seen playing the titular character in this scary thriller. Produced by Vikram Malhotra, the film will be helmed by Tollywood and Kollywood director Ashok.

Kumar took to his social media account to make the announcement and revealed that the film will go on the floors in mid-January next year. He also shared a photo of the film’s core team where everyone was holding a placard showing their responsibility. Pednekar’s placard called her “hero” of the film.

Pednekar was all excited about the new film and thanked Kumar for his “constant belief” in her. She also expressed eagerness to collaborate with Ashok. While she has impressed the audience and critics alike in films with a social message, it is the first time she will be venturing into thriller genre.

Although there is no official announcement yet but Durgavati is speculated to be a remake of Anushka Shetty starrer Telugu film Bhaagamathie which is also a horror thriller like Durgavati. Several reports were doing the rounds earlier this month that Pednekar would star in the remake which would be co-produced by Kumar and directed by Ashok who helmed the original film.