The Indian Wire » Entertainment » Eeb Allay Ooo! : A satire on the life of migrant labourers and unemployment “Because they are treated as Gods, they are given food, they are corrupted, they are made to think that they don’t need to forage anymore, so they become bold. They start entering, they start demanding. Then the Gods become pests.”

Announces a voice-over, referring to monkeys, in Prateek Vats’ first feature film Eeb Allay Ooo! (2019). Monkey menace is a very familiar problem faced by many city dwellers in India, but little is known about the measures taken to prevent this or make the situation any better.

The film opens with a close up shot of Mahinder (Mahinder Nath), a veteran monkey repeller, making the eponymous sounds of ‘eeb’, ‘allay’, ‘ooo’, followed by the protagonist, Anjani, very eloquently portrayed by Shardul Bhardwaj, trying to mimic the same. Monkey repellers produce three sounds, ‘ooo’, ‘eeb’, and ‘allay’ which correspond to monkeys, langurs, and humans respectively explains Mahinder who does this for a living in real life too.

The narrative is set in the national capital where Anjani is employed to shoo away monkeys in the Lutyens’ Delhi area for a pay of ₹6000 per month. He lives in a cramped shack of a house in an impoverished Sanjay Amar Colony on the outskirts of the city with his sister and brother-in-law.

Anjani’s character is representative of lakhs of migrant workers who approach cities with dreams of getting employment in a myriad of blue-collar jobs. The film follows him around Central Delhi, the seat of bureaucracy, where he tries to chase away simians, mostly unsuccessfully.

Even though the job does not interest him, he comes up with a number of uncustomary (but ingenious) methods to achieve the goal, only to be strongly admonished. When he expresses his distress to his sister, she is quick to remind him that he is ill-qualified for any other job and must be glad to hold a sarkari naukri, to which he retorts that it is contractual.

In addition to the human cast, the monkeys are almost a character in themselves. Saumyananda Sahi’s cinematography and Tanushree Das’ editing adds greatly to the film. The way they have captured the city’s monkeys, which is presented through rather funny altercations between Anjani and the simians, is quite intriguing and deserves appreciation. A few religious references run throughout the film. It also highlights the blurring of lines between humans and animals.

The film premiered at Pingyao International Film Festival 2019, and selected for the Berlin Film Festival. It was also a part of the 10-day ‘We Are One’ digital festival on YouTube, where it was streamed for free on 30th May 2020. Released in Indian theatres on 18th December last year, the film has won the Best Film (Feature) award, while Vats bagged the Best Director (Feature) award at the third edition of Critics’ Choice Awards which were announced on 14th February 2021. Birthday Special: 6 Aesthetic Looks Of Shehnaaz Gill To Drool Over 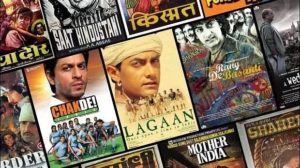