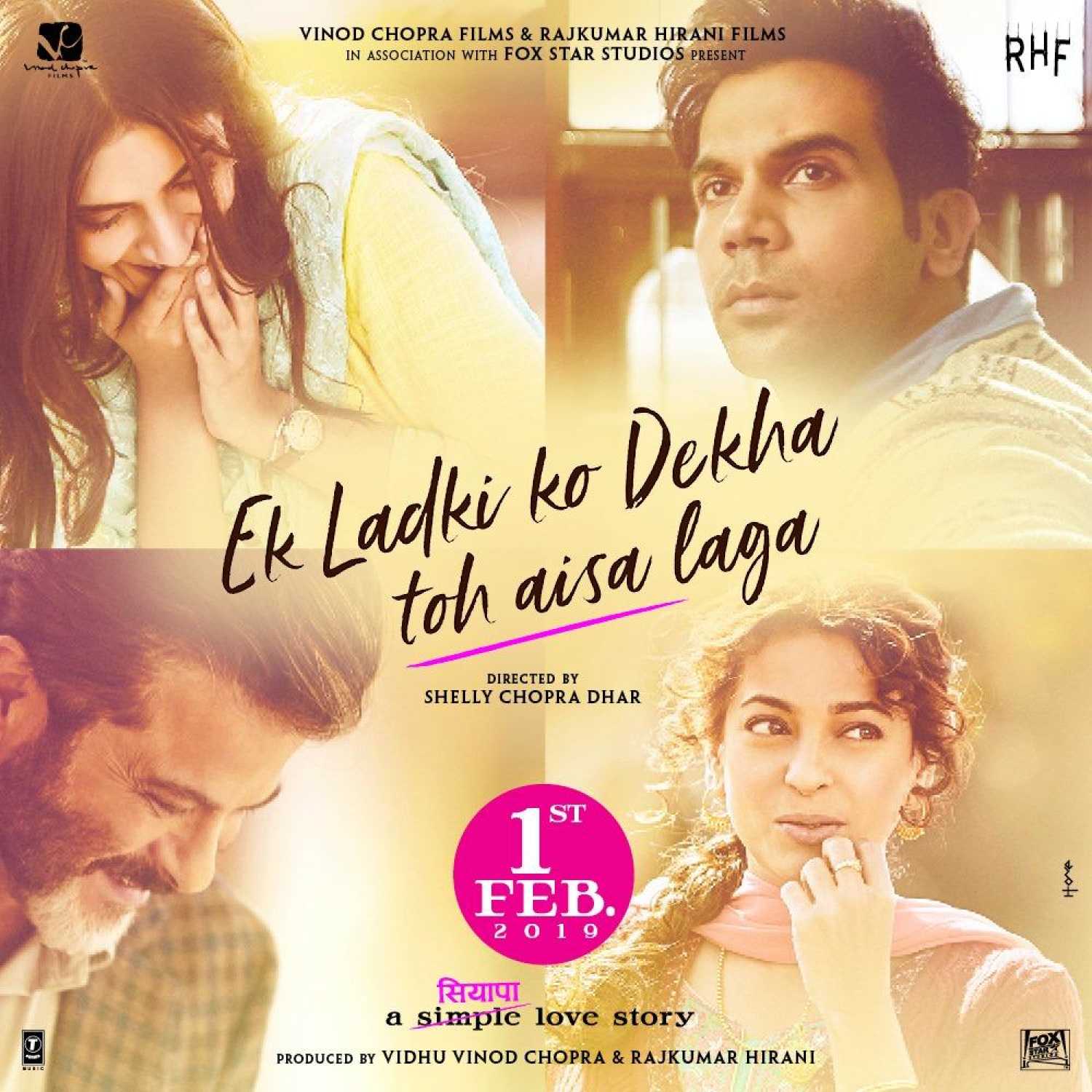 “The most Unexpected Romance of the year!” starring Anil Kapoor, Sonam Kapoor, Rajkummar Rao, and Juhi Chawla is here and the romantic drama is really captivating. ‘Ek Ladki Ko Dekha Toh Aisa Laga’ is new-age romance, which is about finding love and acceptance. The film brings homosexuality to the mainstream cinema. The movie is captivating as it deals a progressive theme with great humor and emotional intelligence.

‘Ek Ladki Ko Dekha Toh Aisa Laga’ (ELKDTHL) starts with a normal boy-meets-girl setup, where Sahil Mirza (Rajkumar Rao) falls in love with a random, pretty girl, Sweety (Sonam Kapoor) and tracks her down to confess his love. The first half of the movie is usual rom-com with good humor and a lot of entertainment. Anil Kapoor plays the role of Sweety’s father, who gives a great portrayal of orthodox middle-class dad.

The second half is when the story the story hits the main theme, where Sweety reveals her reality to Sahil (Rajkumar). His performance and reaction in that sequence are phenomenal. The cute romance between Anil Kapoor and Juhi Dixit will instantly win your heart.

Some scenes in the film will stay with you and crush your heart when Anil reads Sonam’s diary. The climax is beautifully presented by the debutant director Shelly Chopra Dhar.

‘ELKDTHL’ isn’t just about the same-sex relationship but also talks about the communalism and freedom to choose one’s career. The movie is impactful, important, well-intended with a good entertainment factor and great performances by the leading actors.