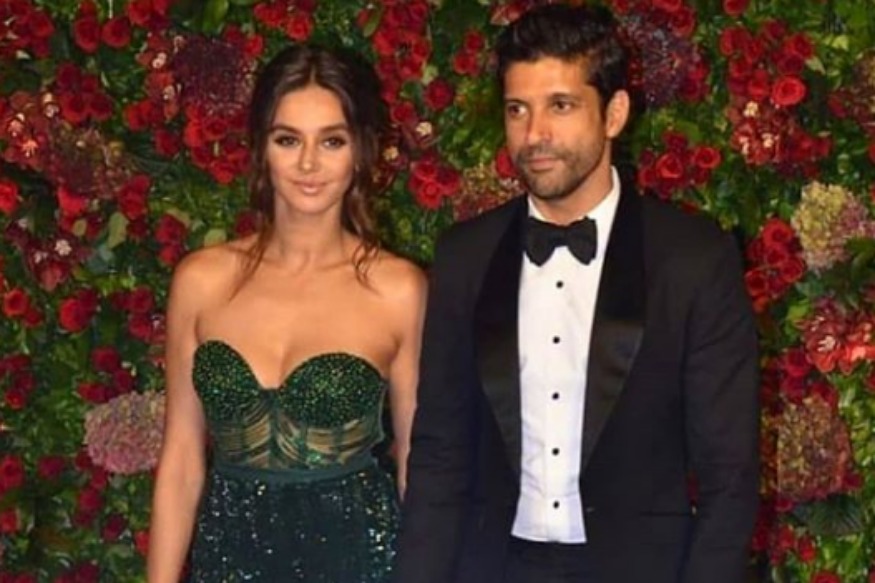 The Bollywood industry is witnessing the era of love and marriages in recent years, from couples getting married to love birds coming close, Bollywood has been painted in the color of love. Recently, the Sky is Pink actor is in headlines for a while now as he had started making several public appearances with his girlfriend Shibani Dandekar. They both are together for a long time and often give us #couplegoals.

Farhan Akhtar never misses any chance to praise his girlfriend. You can often witness their PDA on social media. From posting cute pictures together, heartfelt note on each other’s birthday to leaving cheesy comments, Farhan and Shibani are clearly one of the most adorable couples of ​​B-town.

And what today happened was no different, Shibani posted a picture of herself on Instagram wearing a lavender gown showing off her toned legs, no sooner did she posted her picture. Farhan commented, “The working out is definitely showing. Legs look super toned.” Well, clearly, the legs look super toned and just like Farhan, we too couldn’t get over them. 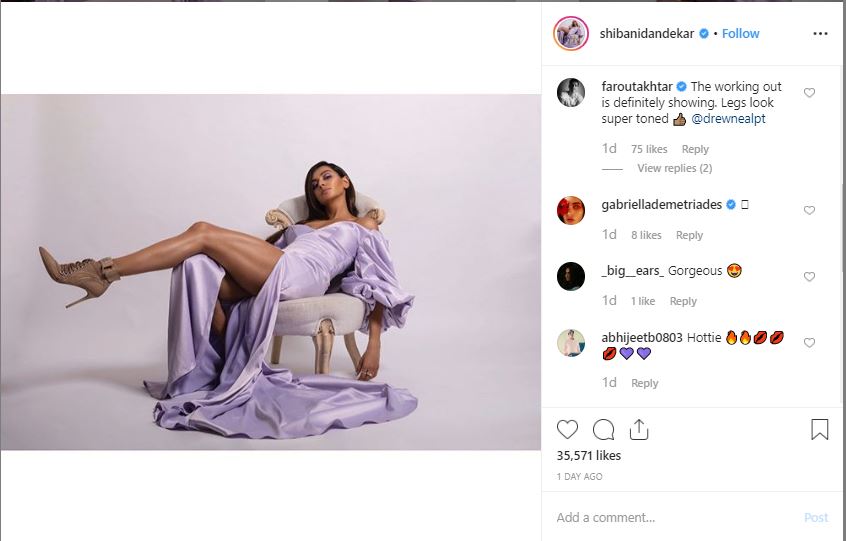 Shibani and Farhan are often captured vacating together, walking the ramps together, and spending their time with each other. Their relationship got official on Instagram when Shibani posted a picture with Farhan

A few days back, Shibani had even accompanied boyfriend Farhan Akhtar at the premiere of his film The Sky Is Pink at the Toronto International Film Festival, and after watching the film, Shibani was all praises for Farhan.

Talking about his work front, Farhan Akthar was last seen in Shonali Bose’s The Sky Is Pink co-starring Priyanka Chopra, Zaira Wasim, and Rohit Saraf, and next, he will be seen in Rakeysh Om Prakhas Mehra’s Toofan, in which he will play the role of a boxer, and the shooting of the film has already kick-started in Mumbai.