A week long film festival will conclude on December 4 with another feature fiction film, ‘Laila Majnu’, which is directed by Sajid Ali. Films from six different countries, including Iran and Bangladesh, will be screened during the festival.

While addressing a press conference on Tuesday, festival director Mushtaaque Ali Ahmad Khan said, “We received more than 100 entries for screening. We have selected 11 Kashmiri films, 28 films from the rest of the states and five films from foreign countries,”

The films that will be screened at the festival include ‘Beyond the Clouds’, ‘Parmanu’, ‘Shri 420’, ‘Naya Daur’, ‘Jagtay Raho’, ‘Made in GouGou’, ‘Haldaa’, ‘The Fear of Silence’ and ‘The Illusion Seller’. 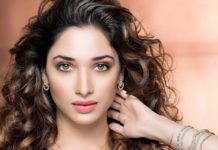 Romance with Tabu in A Suitable Boy is very layered and beautiful : Ishaan Khatter