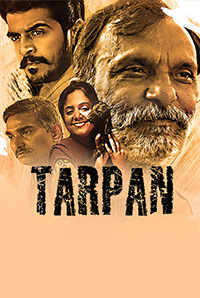 The film is based on the novel of the writer Shivmurti (known for Triyacharitra, Kesar Kasturi, Kasai Bada, etc)

The synopsis reads, “Based on the novel of the writer Shivmurti, the film highlights social injustice evils between the upper caste and the lower caste. Political tension ensues when Rajpatiya, a young lower caste woman of the village is tortured and molested by a high-caste Brahmin boy Chandar. However, in the absence of witnesses, Chandar gets bail from the court. Will Rajpatiya fight for justice?”