The Indian Wire » Entertainment » Film Personalities Who Left Us This Decade 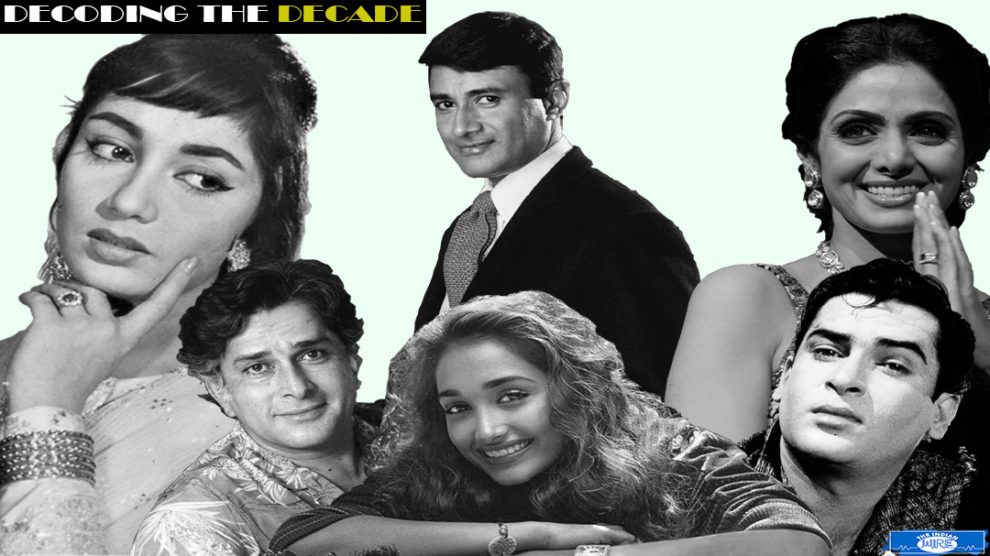 Remembering Bollywood personalities who made us laugh, cry, and entertained us this decade

Cinema holds a special place in Indian society and film actors hold a very special one. While this decade has given us some promising and talented newcomers actors there are some who also left us too. As the second decade of the 21st century is coming to an end, we remember some Bollywood personalities who made us laugh, cry, and entertained us. 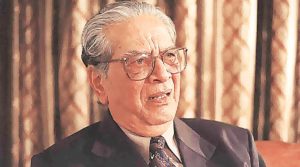 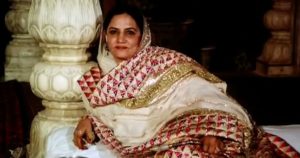 Shaukat Kafi, also known as Shaukat Azmi, was a leading light of Indian People’s Theatre Association (IPTA) along with her poet husband Kaifi Azmi. Her daughter Shabana Azmi is regarded as one of the finest actors of Indian cinema. Shaukat is best remembered for her character of Khanum Jaan in Muzaffar Ali’s 1981 film Umrao Jaan. She also left a lasting impact as a brothel owner in Mira Nair’s Oscar nominated film Salaam Bombay. She died in November this year. 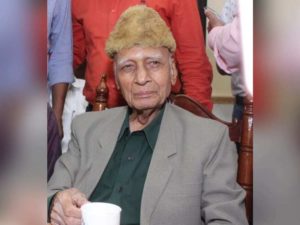 Born as Mohammed Zahur Khayyam Hashmi, Khayyam was known by his third name. He made his debut as Sharmaji of the Sharmaji-Varmaji composer duo with the film Heer Ranjha in 1948. He became a solo composer after his partner Rahman Varma migrated to Pakistan. He is best remembered for music of Kabhie Kabhie, Trishul, Noorie, Umrao Jaan, Razia Sultan, and others. He was honoured with the Sangeet Natak Akademi Award in 2007 and with the Padma Bhushan in 2011.  Aged 92 he died in August this year. 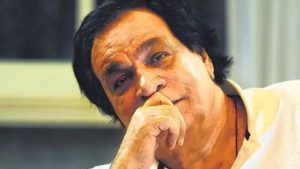 Born in Kabul, Afghanistan, Kader Khan was an ethnic Pashtun of the Kakkar tribe. A professor of civil engineering, Khan made his acting debut with Rajesh Khanna starrer Daag. While millennials remember him for his comic roles in ‘90s films, Khan was also a brilliant screenwriter and dialogue writer. He co-wrote Amitabh Bachchan starrer Muqaddar Ka Sikandar, Yaarana, Laawaris and Coolie. He wrote dialogues for around 200 films including Roti, Amar Akbar Anthony, Meri Awaz Suno, Angaar, Dharam Veer, etc. He died on New Years eve of 2018. 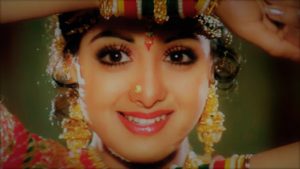 Often called as the first female superstar of Indian cinema, Sridevi acted in  Tamil, Hindi, Telugu, Malayalam and Kannada films. Her major films include Sadma, Mr. India, ChaalBaaz, Nagina, Chandni, Lamhe, English Vinglish, Mom, and others. She won several accolades including Filmfare awards, National film awards, and several others. She was honoured with Padma Shri in 2013. Probably the most shocking and untimely news for her fans she was found dead in the bathtub of her hotel room in Dubai in February 2018. 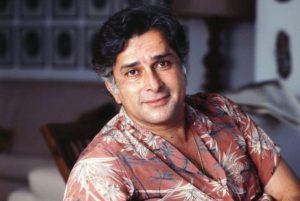 Youngest son of Prithivi Raj Kapoor, Shashi Kapoor began his career in 1961 with Yash Chopra directorial Dharmputra. He went on to star in several successful films like Do Aur Do Paanch, Kabhie Kabhie, Shaan, Roti Kapda Aur Makaan, Deewar, etc. He also acted in English language films like The Householder, Shakespeare Wallah, Bombay Talkie, Heat and Dust, and others. He was honoured with the Padma Bhushan in 2011, and Dadasaheb Phalke Award in 2014. He died in December 2017 aged 79. 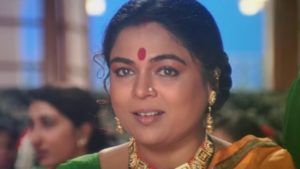 Starting her career with Marathi theatre, Reema Lagoo became a well known face for playing motherly roles in Bollywood films during the 1990s. Although only a few years older, she was deemed to be Salman Khan’s mother by fans as she played his onscreen mother in a number of successful films. She became a household name for her TV shows Shriman Shrimati and Tu Tu Main Main. She left this world in May 2017. 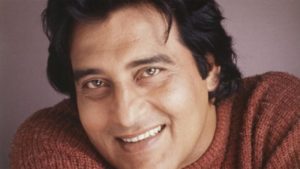 Often called as one of the most handsome faces in Bollywood during the ‘70s and ‘80s, Vinod Khanna worked in several popular films like Amar Akbar Anthony, Parvarish, Main Tulsi Tere Aangan Ki, Muqaddar Ka Sikandar, and many others. He died in April 2017 and was honoured with a posthumous Dadasaheb Phalke Award the same year. 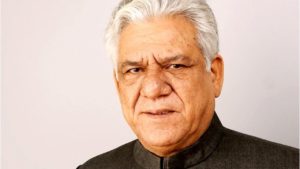 Unlike his contemporary Naseeruddin Shah, Om Puri did not get many lead roles but acted in several mainstream films. Regarded as one of the pioneers of art cinema in India, he is known for his performances in Aakrosh, Ardh Satya, Maachis, Dev, and others. He also acted in many English language films such as My Son the Fanatic, East Is East, The Parole Officer,  City of Joy, Wolf, The Ghost and the Darkness, and others. He received a BAFTA nomination for East Is East. He was honoured with Padma Shri in 1990. He died in January 2017. 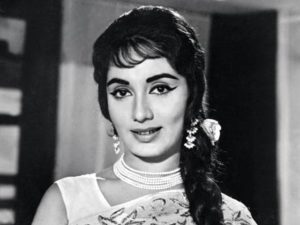 A contemporary and a close friend of Nanda, she was also popularly known by her first name. She made her debut with 1961 film Love in Shimla and acted opposite Dev Anand in Hum Dono the same year. Her 1963 film Mere Mehboob emerged as the highest grossing film of the year. She acted in a number of suspense thriller movies including Woh Kaun Thi whose song Lag Ja Gale is still popular. Her fringe haircut became a rage and was known as Sadhana style. Aged 74 she died in December 2015. 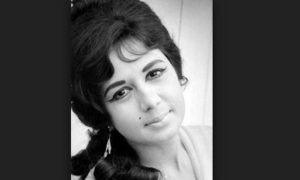 Popularly known by her first name, Nanda began her career as a child artist in 1948 film Mandir. She received her first Filmfare Best Supporting Actress nomination for 1957 film Bhabhi and eventually won the award for 1960 film Aanchal. Shashi Kapoor, who had worked in English films, gave five flops in a row as a leading man. His first successful Hindi film was Jab Jab Phool Khile opposite Nanda. He later declared her as her favourite heroine. The song Yeh Sama picturized on Nanda in the film is still popular and is played on Radio. She died in March 2014 aged 75. 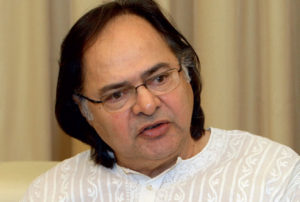 With his boy-next-door looks, Farooq Sheikh stood out in the crowd of mainstream Hindi film heroes. He started his career with 1973 classic film Garam Hawa. He went on to act in films like Gaman, Shatranj Ke Khiladi, Noorie, Bazaar, Umrao Jaan and others. He made a successful pair with Deepti Naval and acted together in Chashme Buddoor,  Kissi Se Na Kehna, Rang Birangi, Saath Saath, Ek Baar Chale Aao and others. They reunited for 2013 film Listen Amaya. He died in December 2013. 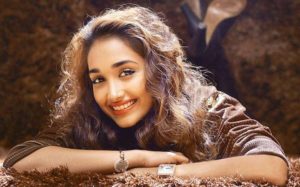 Born as Nafisa Rizvi Khan, Jiah made her film debut opposite Amitabh Bachchan in Ram Gopal Verma’s film Nishabd that came out in 2007. She further acted in Ghajini and Housefull. In June 2013, twenty-five-year-old was found hanging from a ceiling fan at her family’s residence in Mumbai. Her death was deemed as a suicide but later her former boyfriend actor Sooraj Pancholi was accused of abetting the suicide. The case has not been settled yet. 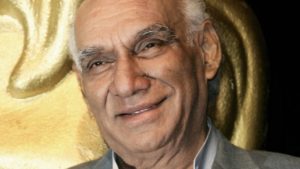 Yash Chopra made his directorial debut with 1959 melodrama Dhool Ka Phool. Hailed as the pioneer of romantic musicals in Bollywood, he also made action drama Deewar that established Amitabh Bachchan as the leading man. His films like Kabhie Kabhie, Chandni, Lamhe, Darr, Dil Toh Pagal Hai, Veer Zaara are some of the most loved films of Bollywood. His last film was Jab Tak Hai Jaan. He is the founder of film production and distribution company Yash Raj Films. He died in October 2012. 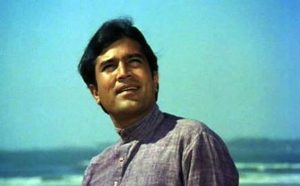 Often referred to as the first superstar of Indian cinema, Rajesh Khanna began his career with Chetan Anand directorial 1966 film Aakhri Khat which was also India’s first official Oscar Entry. He acted in several successful films including Mehboob Ki Mehndi, Roti, Aradhana, Kati Patang, Anand, Bawarchi, Namak Haraam, and others. Besides a number of Filmfare awards, he was honoured in 2013 with the posthumous Padma Bhushan – India’s third highest civilian honour.  He died in July 2012 aged 69. 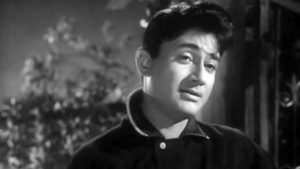 Dev sahab was one of the three biggest stars of the ‘50s and ‘60s. The other two were Dilip Kumar and Raj Kapoor. In a career spanning over six decades, Dev Aanand acted in several successful films like Guide, Hare Rama Hare Krishna, Jewel Thief, and many others. He is regarded as one of the most influential stars Bollywood ever had. He received Padma Bhushan in 2001 and Dadasaheb Phalke Award in 2002. He died in December 2011. 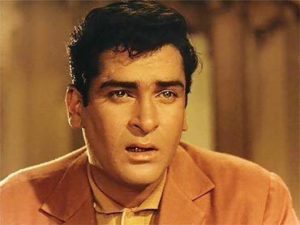 Hailed as Elvis Presley of India, Shammi Kapoor was the youngest son of Prithviraj Kapoor. After starting his career in the early 1950s, Shammi Kapoor tasted success in late the late ‘50s with Nasir Hussain’s Tumsa Nahin Dekha. Films like Junglee, Kashmir ki Kali, Teesri Manzil, Barhmchari consolidated his position during the ‘60s. His last film was Ranbir Kapoor starrer Rockstar that came out in 2011. He died on 14 August the same year.

‘Durgavati’: Bhumi Pednekar starrer to go on the floors on 14 January
Bigg Boss 13, episode 64, written update, December 27: Shehnaz Gill struggles with her duties as the captain of the house
Comment