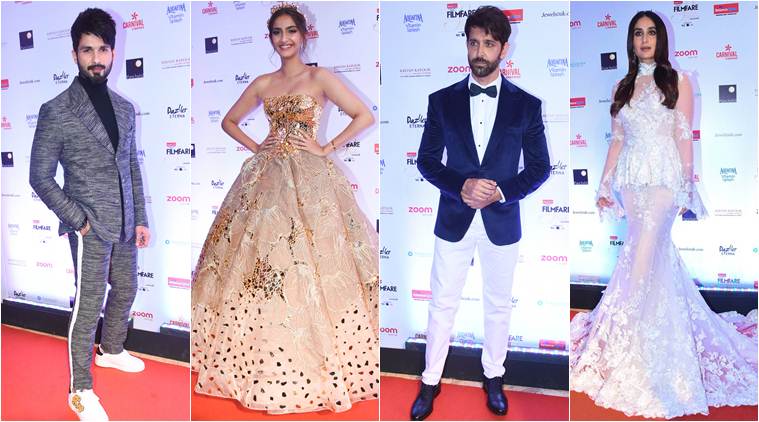 On Friday, The glamour and style of Bollywood celebrities were at their peak at the Filmfare Glamour and Style awards 2017.

On Friday, The glamour and style of Bollywood celebrities were at their peak at the Filmfare Glamour and Style awards 2017. The award ceremony was acknowledged by the most of the Stylish Bollywood celebrities and everyone attended the award show from Rekha, Sridevi to Kriti Sanon and Sonakshi Sinha graced the evening with their most stylish avatar.

All the celebrities put their best fashion foot forward and made the evening even more special. The Award ceremony was hosted by the actress Neha Dhupia and the event was also attended by the Miss World 2017, Manushi Chillar.

Here is the list of celebrities who won the Filmfare Glamour and Style Award 2017 are as follows.

The actress of the blockbuster movie ‘Toilet Ek Prem Katha’, Bhumi Pednekar got an award of the most ‘Emerging Face of Fashion’, Alia Bhatt got an award for the ‘Best Dressed Female’, and the Best Dressed Male award went to the actor Varun Dhawan.

However, ‘Judwaa 2’ actress Jacqueline Fernandez bags an award for the ‘Hotstepper Of The Year Female’,  on the other hand, ‘Hotstopper of the Year‘ award was won by an actor Ayushmann Khurrana. An actress  Sonakshi Sinha was awarded by the ‘Fashion Reinvention Of The Year‘ trophy.

The famous fashion designer Manish Malhotra has also attended the event and he got an award for the ‘Most Stylish Designer‘ award. Bollywood director-producer Karan Johar awarded the ‘Style and Substance Icon‘ award.