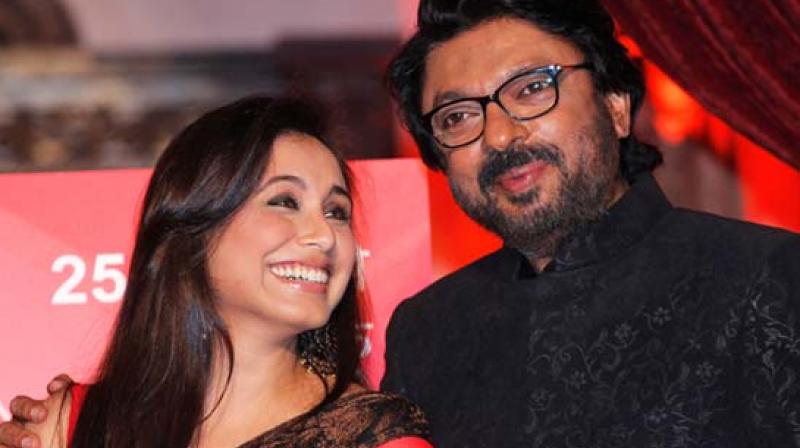 Sanjay Leela Bhansali is on of the most celebrated directors in Bollywood. He portrays his leading ladies in the most beautiful way possible without comprising the substance of the character. Therefore it is no surprise that all the actresses want to work with him at least once.

While Deepika Padukone was lucky to be directed by him thrice, Alia Bhatt’s dream also came true when Bhansali announced her name as the leading lady of her upcoming film Gangubai Kathiawadi.

But it has been recently revealed that Alia Bhatt was not the first choice of the filmmaker. While Alia has been consistently proving her mettle from Highway, Udta Punjab, Dear Zindagi to Raazi, the Devdas director’s original choice for the titular character was Rani Mukerjee.

According to report on the Times of India, when things did not work out with Rani Mukerji even Priyanka Chopra was also considered for the film but she was busy in pursuing a career in Hollywood and could not do the film.

The report quotes a source as saying, “Sanjay Leela Bhansali’s film Gangubai Kathiawadi was initially to be made with Rani Mukerji in the lead. However, things didn’t work out with Rani and that’s when he decided to ask Priyanka Chopra while filming Bajirao Mastani. The project couldn’t take off as PeeCee was running on a tight schedule while also pursuing a career in Hollywood.”

“When Inshallah got shelved, Bhansali already had a film ready to take on floors. With Alia’s dates booked, he decided to green-light Gangubai which was in the making for a very long time. SLB is also known to revisit his films again and again.Ram Leela and Bajirao Mastani were both on the shelve for the longest time before they finally began rolling after Ranveer Singh and Deepika Padukone came on board,” the source added.

Gangubai Kathiawadi hailed from the underworld and was a brothel owner in Kamthipura. Sold into prostitution by her husband, Gangubai refused to bow down and became a force to reckon with.

The story of the film is said to be loosely adapted from one of the chapters of Hussain Zaidi’s “Mafia Queens Of Mumbai”. The film is slated to release in September next year.