The Indian Wire » Entertainment » Guess who was offered to play Khilji before Ranveer Singh? 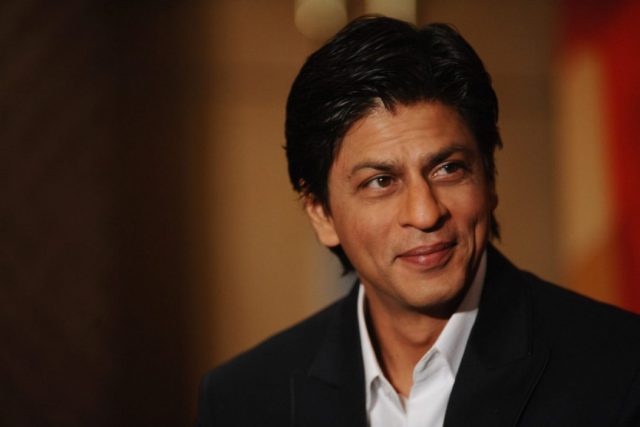 Shah Rukh Khan and Sanjay Leela Bhansali met at a music awards function where the two were seen talking intensely about something, that is when rumours that SLB and SRK will be doing a film together began to speculate.
In an interview SRK had said  “There are two scripts that he’s (Bhansali) offered me. One is a period film and the other isn’t. I don’t know which one we’re doing right now. But these are the only two I have spoken to him about.”
King Khan and Sanjal Leela Bhansali had made the film “Devdas” 13 year’s ago, that is still etched as a masterpiece in all our heart.
Interestingly, the duo hasn’t worked together since Devdas. However, if reports are to be believed before offering the role of Alaudin Khilji to Ranveer Singh,Sanjal Leela Bhansali had offered it to Shahrukh Khan.
But sadly SRK could not take the role because he was already working with Anand L Rai for his upcoming movie “Zero”.
King khan also said in an interview that the role of a dwarf is a difficult one and thus it was already taking longer in shooting of the film so he  did not want to commit to Sanjay Leela Bhansali and later delay his shooting.
Another suspected reason why Shahrukh was  not seen in Padmavat was because King Khan who normally charges 45-50 crore for a movie asked for a whopping 90 crore because of which Sanjay Leela Bhansali had to let him go.
But no matter what the two have promised to do a movie together and there are strong rumours that SRK and SLB will be pairing with Kangna Ranaut for Sanjay Leela Bhansali’s upcoming movie Gustakhiyan which a biopic based on the poet and film lyricist Sahir Ludhianvi.

Deepika, the undisputed queen of Bollywood, is all set to be a Rani once again
Look at our very own Begum – Kareena Kapoor Khan