The Viral Fever has created a new web series, “Gullak”. The series rolls out today on Sony Liv. All the episodes are currently streaming on the Sony Liv app and the website.

The official trailer was posted on June 21, 2019, on youtube by The Viral Fever. The series has gathered huge response after the trailer. The Timeliners have also made sure to keep their viewers hooked by giving every single detail that is necessary or doesn’t reveal the plot, for instance revealing the names of the characters. There are 5 episodes in total and none of them are more than 30 minutes.

Watch how this piggy bank is not filled with money but with memories and stories only on Sony Liv.

Watch the trailer below or check it out on their youtube channel. “Yaaron” by The Viral Fever on YouTube can be the new... 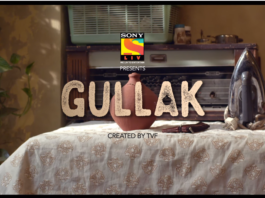 Gullak Review: A series filled with anecdotes that will take you...