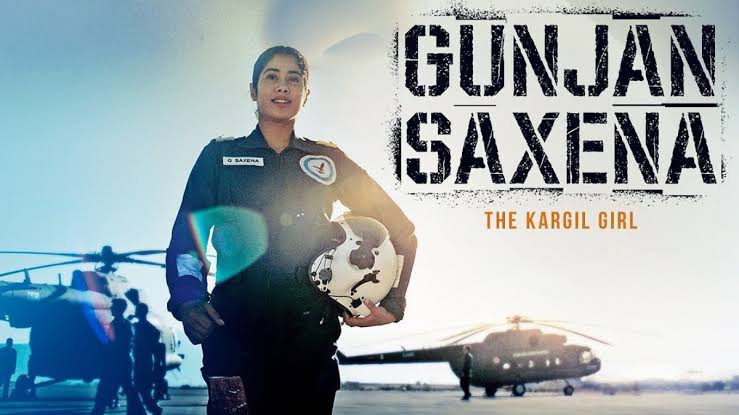 In the trailer, we see a young Gunjan Saxena (Janhvi Kapoor) dreaming of becoming a pilot and announcing the same to her family. She gets berated by her mother, brother and society but we see her father (Pankaj Tripathi) supporting her to follow her dream.

Further, in the trailer we see Gunjan being the subject of discrimination for being a lone girl in the airforce. Through all her struggles, we eventually see Gunjan going to the Kargil war in the trailer.

In real life, Gunjan was awarded the Shaurya Vir award for displaying exemplary courage in the war. She rescued several soldiers along with  Lieutenant Srividya Rajan.

Big names from Bollywood shared the films trailer, leading amongst them was actor, Akshay Kumar. He shared the trailer of the film tweeting :

Harr sapne ki udaan aise hi ho! Make way for the truly inspiring story of #GunjanSaxena – The Kargil Girl and all my best wishes to the team. To the real hero, Gunjan Saxena – thank you for inspiring many to chase their dreams with the same courage and soar higher! pic.twitter.com/uf5uqKc4WS

While, Shahrukh Khan too chipped in and shared his thoughts on the trailer of the film. Sharing the trailer, SRK wrote :

“A story of a hero like no other – Gunjan Saxena – India’s first woman Air Force Officer to go to war. Wishing love and luck to the team for this inspiring film. #GunjanSaxena”

Director, Sharan Sharma has co-written the film, Dharma Productions and Zee Studios have jointly produced the project which was scheduled to release on 24 April 2020, however got delayed because of COVID-19.

Eid-Al-Ahda 2020: Here is how Shahrukh and Salman Khan wished their fans
Avrodh gets praise from Sonu Sood, Actor calls it a must watch
Comment