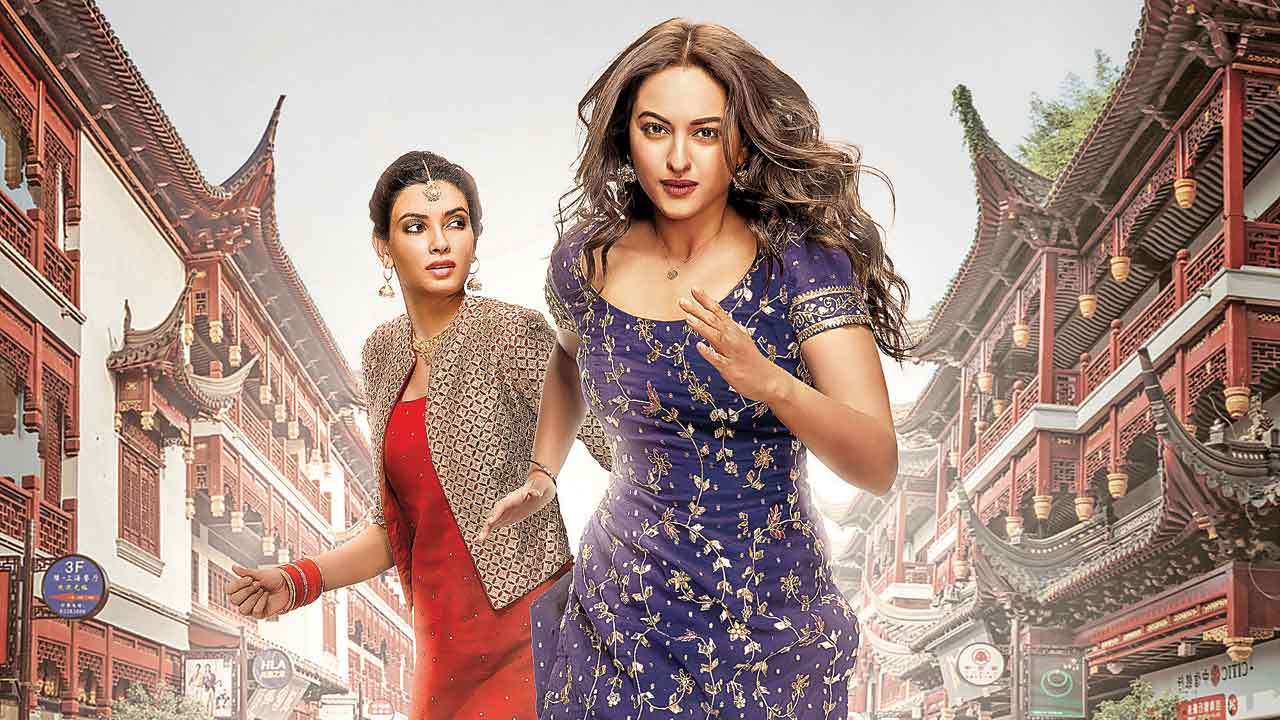 After the success of Happy Bhag Jayegi  romantic comedy film that was written and directed by Mudassar Aziz, and produced by Aanand L. Rai and Krishika Lulla. The makers decided to give this film a sequel. Happy Bhag Jayegi stars Diana Penty as the eponymous character; a free-spirited bride-to-be from Amritsar who runs away from her wedding ceremony and inadvertently arrives in Lahore, Pakistan. The production features an ensemble cast consisting of Penty, Abhay Deol, Jimmy Sheirgill, Ali Fazal, and Momal Sheikh.

Sonakshi Sinha who was last seen in Welcome to New York (2018) directed by Jinal Patel was roped in for the sequel. Penty confirmed her involvement in a sequel to Happy Bhag Jayegi through her Twitter account. Rai and Eros Now were also confirmed as producers, and Aziz was retained as director for the sequel, which is titled Happy Phirr Bhag Jayegi. The film, which will feature Penty and Sheirgill, along Jassi Gill.

In Happy Phirr Bhag Jayegi, Sonakshi is playing a truck driver. Talking about the role, she said in an earlier interview, “I do have some practice driving manual cars but this mini truck was no cake walk. It was a very old and heavy vehicle and because it was manual, the steering and gears were extremely tiresome and required a lot of strength to manoeuvre. Since it was a chase sequence, I had to accelerate the speed but with enough skill to guide my course safely on the roads. Having to burn rubber with that massive beast was quite the challenge but when we got it, the feeling was incredible.” The actor shared the poster and trailer on twitter.

Sunil Lulla, Managing Director, Eros International says, “Like its predecessor, Happy Phirr Bhag Jayegi will hugely entertain audiences with twice the madness and fun.” Aanand couldn’t agree more. He states, “It’s a cheerful extension of Happy Bhag Jayegi and we hope the audience will enjoy this film as much as we did making it.”

The whole team of Happy Phirr Bhag Jayegi is set to take the audience on a joyful ride again. It releases worldwide on August 24.