The Indian Wire » Entertainment » ‘Hera Pheri’ director Priyadarshan returns to Bollywood with ‘Hungama 2’, says it will NOT be a VULGAR comedy 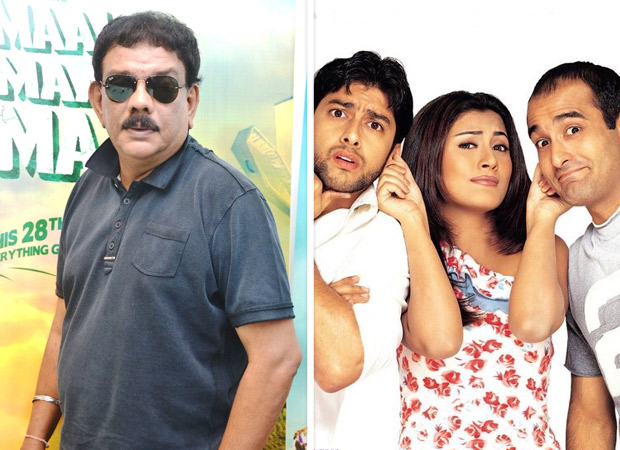 Filmmaker Priyadarshan is one of the best directors in Hindi film industry when it comes to comedy genre. He has given us several memorable films like Hera Pheri, Hungama, Hulchul, Chup Chup Ke, Bhool Bhulaiyaa and others.In 2013, the director announced that Rangrezz would be his last Hindi film for a while and shifted focus to Malayalam cinema.

But the veteran filmmaker is now all set to return to Bollywood with a sequel of his own 2003 film Hungama which has gained a huge following over the years. According to a report on Bollywood Hungama, Priyadarshan has revealed that he would be making Hungama 2 which will be free of any vulgar or double meaning jokes.

The report quoted him as saying, “It’s been six years since I directed a Hindi film. Now I am back with a full-on comedy. But no vulgarity no double meanings. Hungama 2 will be as clean and family-oriented as all my comedies.”

He also disclosed the reason for choosing Hungama that came in 2003 and some other film that came much later for his comeback in Hindi films. He said, “I know Hungama came 16 years ago. But people have still not forgotten it. Besides, I share a wonderful rapport with the producers Venus Records & Tapes. I’ve made many wonderful films with them including Garam Masala and Hulchul. I like all of my films with Venus except Tezz which I personally think was a misfire.”

While disclosing that if Hungama 2 will be continuing the story from Hungama in 2003, the director said, “No. It will be a fresh story. We decided to title the new comedy Hungama 2 because the mood of masti, mischief and hungama remain unchanged.”

The fans will be elated to know that veteran actor Paresh Rawal will be returning in the sequel. “Paresh Rawal will be back in the film, so will Shakti Kapoor and Rajpal Yadav. Only the lead pair Akshaye Khanna and Rimi Sen will change. We will announce the new romantic lead of Hungama 2 very shortly,” Priyadrashan said.

As for the plot, “It will be young, vibrant, warm, funny and family-oriented. In brief, a typical Priyadarshan comedy,” he promised.

Released in 2003, Hungama was an adaptation of Priyadarshan’s own 1984 Malayalam film Poochakkoru Mookkuthi. The film starred Paresh Rawal, Aftab Shivdasani, Akshaye Khanna and Rimi Sen in the lead roles alongside Tiku Talsania, Rajpal Yadav and Shakti Kapoor in pivotal roles.