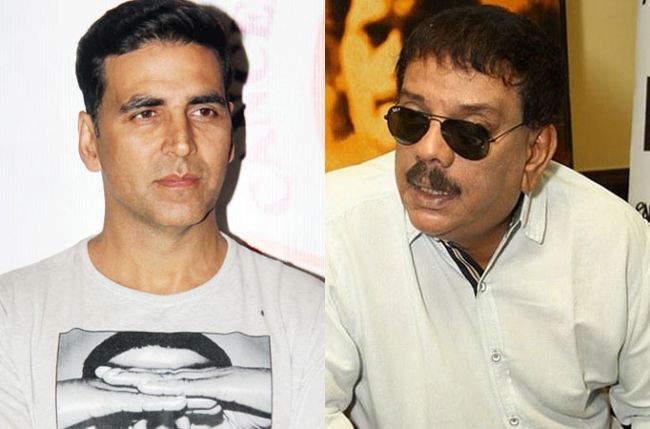 The well known filmmaker Priyadrashan and actor Akshay Kumar are all set to team up for a new project. The two will start working on the film next year which is being described as a laugh riot comedy film. Akshay and Priyadarshan have collaborated in the past too and has given us some memorable films which include Hera Phera and Bhool Bhulaiyaa.

“It is a comedy. I’m currently writing it and will start working on it next year around September-October,” Priyadarshan told PTI in Goa on the sidelines of International Film Festival of India (IFFI).

He further added, “Fortunately Akshay has not been doing many comedies. He did this Housefull 4 and it didn’t do really well, the way he wanted it to be.”

The ace director said he shares a special bond with the Khiladi Kumar and the latter shows a lot of faith in him. “That confidence is there so I have a responsibility towards him. He trusts me so much that I make sure it works. That trust works well for us. He always says he learns a lot while working with me. His body language has become better. He has evolved a lot. We did Khatta Meetha and after that he started playing a lot of these middle class characters like Padman and others.”

Before venturing into the new project with Akshay, Priyadarshan will first complete the work on Hungama 2 which will see his return to Bollywood after six years as his last film Rangrezz came out in 2013. The director said in the past about Hungama 2, “It’s been six years since I directed a Hindi film. Now I am back with a full-on comedy. But no vulgarity no double meanings. Hungama 2 will be as clean and family-oriented as all my comedies.”

Mahhi Vij shuts down a troll in style
‘Khabees’: Tanishaa Mukerjee and Mustafa Burmawala, son of Abbas from Abbas-Mustan duo to star in this thriller film
Comment