Actress Pooja Hegde is currently basking in the commercial success of her comedy film ‘Housefull 4’, which was recently released.

She celebrated Diwali and shared some of her pictures on her Instagram profile for the occasion, where she looks as bright as a phuljhari.

Dressed in a lovely yellow lehenga designed by Manish Malhotra, the ‘Housefull 4’ actress looks ravishing as she poses with shyness. Pooja had also shared the picture of her Rangoli, which she had made.

Pooja’s last outing ‘Housefull 4’, opened to mostly negative reviews from critics but has managed to get impressive numbers at the box-office.

The Farhad Samji-directed ensemble comedy was released on last friday with ‘Saand Ki Aankh’ and ‘Made In China’ and has so far managed to perform better than these two.

It has collected a whopping sum of 87 crores at the box-office in four days of its release in India alone.

It marked the comback of Pooja in Bollywood after the 2016 Ashutosh Gowariker’s period action film ‘Mohenjo Daro’, which was her debut film which was a critical and commercial dud. 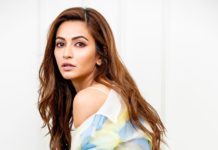 ‘Housefull 4’ actress Kriti Kharbanda : I was very insecure before signing the film because of presence of two other actresses 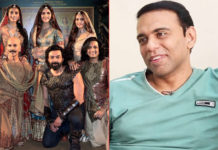 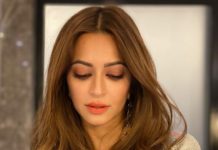 ‘Housefull 4’ actress Kriti Kharbanda : Nadiadwala Sir said there is no scope of acting but you will have great time