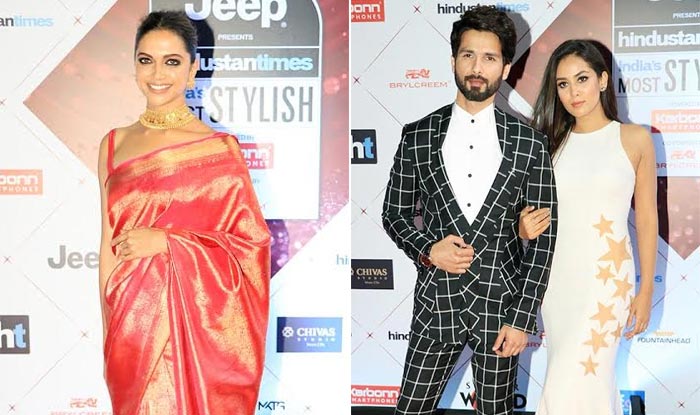 The annual HT Most stylish Awards had finally come to a conclusion which brought almost all of the Bollywood stars under one roof. And they clearly dressed to kill the night.

Many celebrities walked away with trophies as the HT recognized and awarded the most stylish. The night was, in fact, a gala for B-Town stars. Deepika Padukone and Shahid Kapoor were honored with top awards- India’s Most Stylish. Hina was awarded as Most Stylish TV personality. She was quoted saying “it’s my first time being among such Bollywood celebrities receiving this kind of award”.

These were just a few of the many that walked the red carpet for the HT Most Stylish Awards, one of the largest platforms in India. The highlights being Rekha awarded the hall of fame(Female) award, Sonakshi Sinha’s acceptance speech for Breaking the Mould(Female) award and Sanjay Dutt winning the style Legend(Male) award. Akshay Kumar even managed to bag a new car purely through his wit when he went to accept the Jeep style Badge of honor. One of the presenters was a senior official from Fiat Chrysler Automobiles which manufactures the SUV brand Jeep. Akki asked if he would be getting a Jeep, to add to the trophy and the official had no choice but to say yes.

The HT Most stylish Awards was held on the 24th of January, a Wednesday evening at the Yash Raj Studios in Andheri, Mumbai. It awarded not just the actors but also the country’s most stylish sports star, politicians, business honchos for making their fields stand out more fashionable.

“We are getting married at the end of this year!”- Yuvika Chaudhary
Trade pundits predict record breaking success for Padmaavat