Huma says that she did not search for any international film but she took the Gurinder Chadha's film because it came her way.

Bollywood actress Huma Qureshi is gearing up for her upcoming movie titled “Partition: 1947‘, which is directed by Gurinder Chadha. The movie is based on British documents discussed in Narendra Singh Sarila’s book ‘The Shadow of the Great Game’.

With her upcoming movie titled “Partition 1947” Huma will be joining the list of Indian actors making their presence felt in international projects. However, Huma says that she did not search for an international film but she took the Gurinder Chadha’s film because it came her way. On this Huma said, “I didn’t go looking for an international project or a Hollywood film. Gurinder Chadha was making a film about the Partition. She wanted an Indian actor. Her casting director sent me the script and asked me to read it and also send an audition tape.”

Huma made her debut in 2012 with the movie “Gangs of Wasseypur”, which was a Blockbuster movie. Huma says till “Dedh Ishquiya” she had to go through the audition process for all her movies. Unlike other actors, Huma does not have any qualms about auditioning for roles. Huma says, “A lot of actors have issues taping themselves as they feel their work should speak for itself. But till ‘Dedh Ishqiya’, I can proudly say that I was screen tested for all the movies. Nothing has been given to me on platter.”

The movie “Partition 1947” also features Hugh Bonneville, Gillian Anderson, Manish Dayal and Neeraj Kabi. Moreover, it is also one of last films of Indian actor Om Puri, who died in January this year. Om Puri will be seen playing the father of Huma in the movie and Huma had started calling him Abba in real as well. “I have several beautiful scenes with him. He was the only actor from India who has done great work in the West. I am lucky that I got to watch him perform and learn from him. I used to call him ‘Abba’,” said Huma.

According to the latest reports, a special screening will be organise by Gurinder in Mumbai and New York as a tribute to Om Puri. About this Gurinder says, “I miss him a lot. I am very sad that he is not here today. He was very happy to be a part of the film. As a tribute to him, we are organising two screenings of the film – one in Mumbai and the other in New York – in association with his foundation.”

The movie which was panned by Pakistani author Fatima Bhutto, who called it a “servile pantomime of partition”. Gurinder feels that Fatima Bhutto misrepresented her film. Gurinder said, “I understand Fatima Bhutto’s anger. She misrepresented the film. Many people saw the film after her review and didn’t agree with her. Even several British-Pakistanis were upset with her.”

The movie is all set to release on August 18 and Gurinder wants her movie to be screened in Pakistan also. About this Gurinder says, “Our co-producers are in talks with their regular distributors in Pakistan and Bangladesh. So far, they have secured a release in Bangladesh and going through the censorship in Pakistan.” 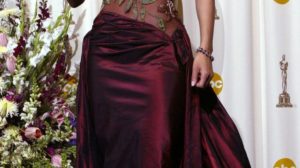 Sourabh Jain : It was tough to play the role of Shiva!
Vidya Balan on CBFC board, hopes cinema reflects reality!