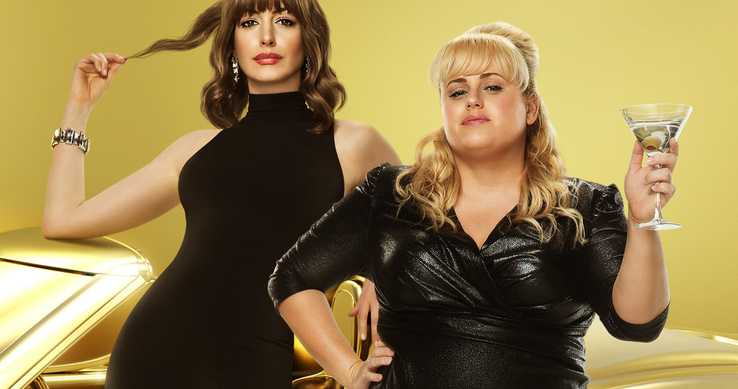 ‘The Hustle’ is an Upcoming American comedy film directed by Chris Addison and is penned by Stanley Shapiro, starring Anne Hathaway and Rebel Wilson in the lead roles. It’s a gender-swapped remake of the 1988 film ‘Dirty Rotten Scoundrels’ which starred Steve Martin and Micheal Caine. ‘Dirty Rotten Scoundrels’ was itself a remake of the 1967’s Marlon Brando and David Niven starrer film ‘Bedtime Stories’. Hence, this is the third cinematic version of this specific tale.

‘The Hustle’ is the newest version of this con-comedy, where two female cons prey on men as their marks. Anne Hathaway will essay the role of a rich and cultured con who will take Rebel Wilson under her wing to take down the dirty rotten men who have wronged them.

Yesterday, MGM dropped the trailer and the poster of their new film ‘The Hustle’. The movie also features Alex sharp who will revisit the role of great Glen Headly in the 1988 version of the film ‘Dirty Rotten Scoundrels’. Rebel Wilson and Anne Hathaway are ready to scam their way into our hearts, with this hilarious new comedy. 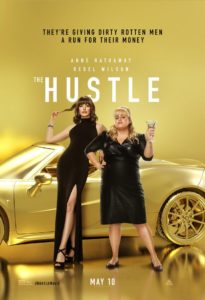 Interestingly, both the lead actresses teamed up with Joanne The Scammer to hustle the sneak peek out of the MGM onto the internet. Joanne The Scammer is a character who often posts on Twitter and Instagram videos discussing scams. cons, or just about anything our rotten scoundrels would be into.

Had to help a couple friends get a hold of the @hustlemovie trailer. It's like I always say: Only help women, only scam men. Meeting @annehathaway and @rebelwilson tonight for the hand off. Truly iCONic. #HustleMovie #ad

Rebel Wilson will be next seen in Priyanka Chopra starrer ‘Isn’t It Romantic’, it will have an American release on February 14, 2019, and will stream on Netflix India from February 28.