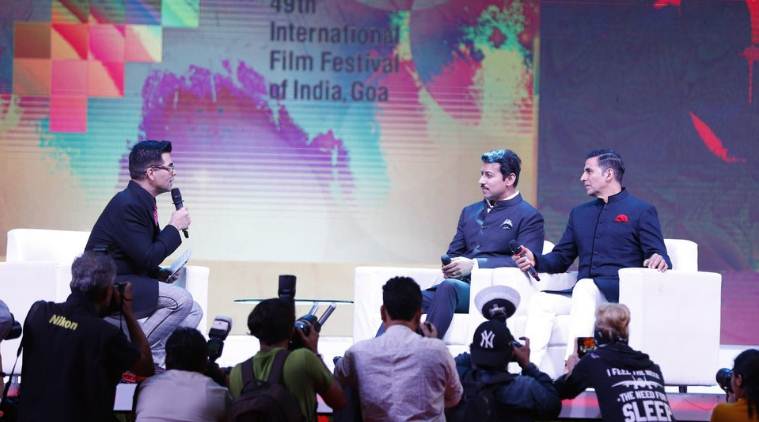 The 49th International Film Festival of India (IFFI) was inaugurated in Goa on Tuesday. The opening ceremony looked more like a tourism ad for Gujarat and Goa. It seemed like a platform to promote Indian destination for foreign filmmakers. Jharkhand was presented as a “film-friendly” state.

The program took place at Goa’s Dr Shyama Prasad Mukherjee Indoor stadium. Government’s initiative “Film in India” was the main focus of the whole ceremony. With a promise to “ease the process for those who come to film their projects in India”, India was portrayed as the perfect destination for foreign films. Gujarat tourism mainly focussed on the Statue of Unity.

Karan Johar, hosted a ‘Koffee with Karan’ style Koffee Quiz. Minister of State (Independent Charge) for Ministry of Youth Affairs and Sports, Rajyavardhan Rathore, and actor Akshay Khanna, were the host on the show. During the chat, Karan counted Rathore’s achievements in the form of questions and then asked the State Minister about Akshay Kumar’s movie, which he has seen. At the end they got a gift hamper from Peda sweets. Karan left his cheeky humor avatar at home and was very formal on the show.

King Khan’s words of appreciation for Air India, says want to be brand ambassador for the airline
City and people of Jalandhar supporting us in shooting of ‘Bharat’: Ali Abbas Zafar
Comment