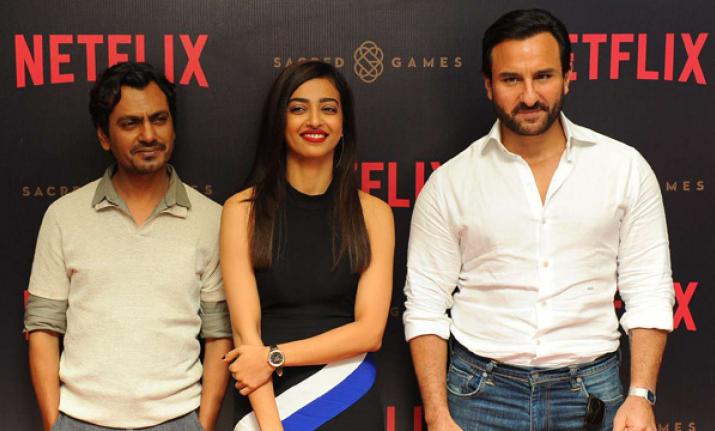 Over the past few years Netflix has taken the world by storm and now India isn’t far away to come up with its own original Netflix drama. Our country is finally making attempts to catch up with the growing prospects on digital media, as a result of which several known names have come together in the making of Sacred Games which is credited as being the pioneer of original Netflix shows in India.

As it was announced previously a talented team of actors including Saif Ali Khan, Nawazuddin Siddiqui and Radhika Apte has been roped in to feature in the show, the first look of which was released earlier today. 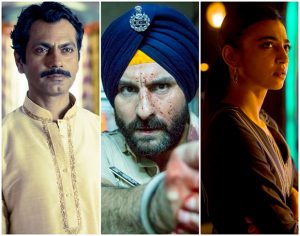 The first looks reveal the three prominent characters in three different frames. While Saif is a shown as a turban- wearing Sikh policeman with blood splattered all over his face, pointing a gun towards the camera, Radhika is seen with a worried look, facing a man whose back faces the camera. 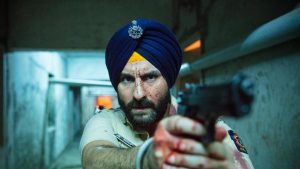 Nawazuddin’s expression is more hard to read. He is looking at his own reflection in a mirror, wearing a kurta- pyjam, his eyes gleaming with a tint of pride. 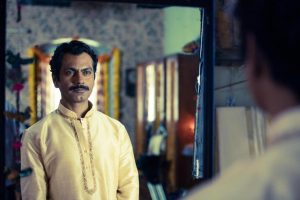 The show features Saif in the role of Sartaj Singh who is prompted by an unknown voice to go after a criminal Ganesh Gaitonde. His search for the man leads to an even more intense series of events that makes him enter into a world of larger criminal deeds. The thrill and suspense of the show seems worthy of all the buzz that it has created.

The show is based on Vikram Chandra’s book of the same name and is directed by Anurag Kashyap and Vikramaditya Motwane.