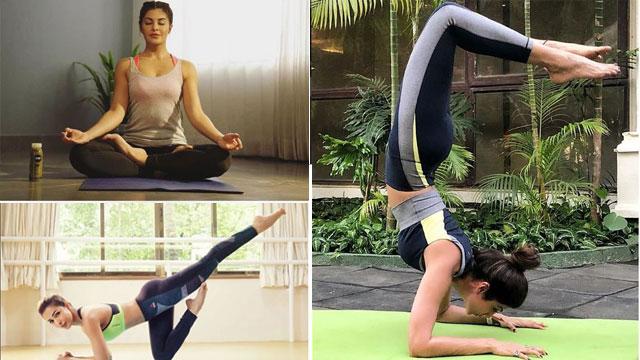 21 June is celebrated as International yoga day worldwide. The grossing benefits from yoga are well known to one and all, as well as the celebration, does not last just for a day. Yoga emerged as a routine practice.

From mental health balance to physical wellness, yoga has a number of perks. It provides a sense of relaxation and peace. Yoga which once was practiced for spiritual gain is now defined as part of fitness routine. It helps to maintain body posture, glowing skin, fighting a number of diseases, etc.

Many Bollywood celebrities also picked up yoga as their daily habit; in fact, they are actively inspiring the fans to perform it. They create a buzz amongst fans by posting their pictures on social media platforms or rather sharing their benefits during a media interaction.

Greenleaf Aloe facewash gel with Turmeric and Teatree ! It is Soapfree with a refreshing fragrance and with Scrubbeads ! This is my new favourite facewash !! It leaves my face feeling clean, soft, refreshed and glowing naturally with every wash .You should get your #Greenleafaloefacewashgel too and try it. Follow @brihansnaturalproducts to know where to buy it from. #greenleafaloefacewashgel#greenleafaloeveragel#aloevera#brihansnaturalproducts#aloeveraskincare#aloeveragel#naturalactives#skincare#antiaging#turmeric#teatree#healthyskin#naturalskincare#malaikaarora#nofilterneeded#nofilter

Why wait for #InternationalYogaDay, when every day can be Yoga Day?😊 What an amazing session with over 3,000 active participants! You were amazing, Surat! Can't wait to come back… #SwasthRahoMastRaho #SSApp #yoga #meditation #motivation #yogi

When talking about yoga amongst Bollywood celebrities the first name pop up in our mind is Shilpa Shetty Kundra who is endorsing yoga for a very long time. She is actively posting video and pictures on social media platform about her workshop or while  performing different assans. 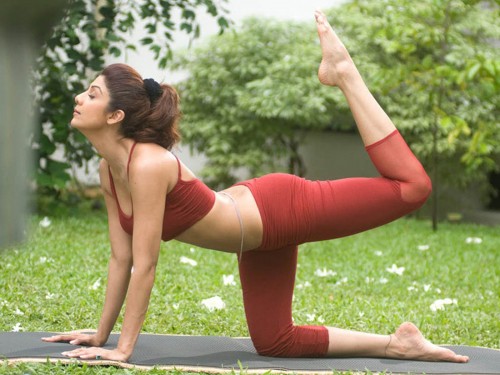 Shilpa is not the only celebrity from Bollywood, but the large group of celebs also perform yoga like: Akshay Kumar, who wakes up at 4:30 am, relaxes his mind and body after having a good session of couple of minutes.

The young generation of Bollywood is also following yoga strictly in their daily schedule celebrities like Siddharth Kapoor, Alia Bhatt, Mouni Roy, and Jacqueline Fernandez. Also, bask after having yoga and giving credit to it, for their toned and balanced body.

Strength comes from within always! This is a really cool practice for the handstand which also helps to strengthen the back anddddd is an awesome stretch for the tummy!! Hopefully one day I’ll be able to do it without the mirror 🥵🤪 #happysunday in my fav @justf143

Whereas the “zero figure” title bearer glamorous Kareena Kapoor Khan Shared her secret behind her flawless figure, is because of yoga.  Amrita Arora and Mallika Arora, who are generally paped in their gym looks also garbed the practice of performing yoga is from Kareena itself.Often they are spotted performing yoga together.. 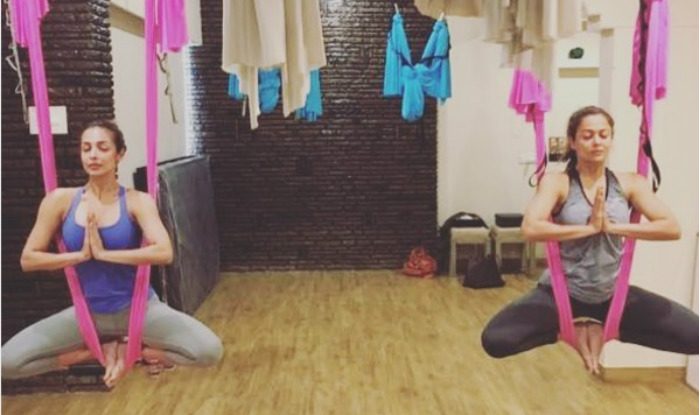 Many of the names are still on the board; the list is really long it’s just not because of popular culture that is influencing, but because of health and physical advantages one can gain.