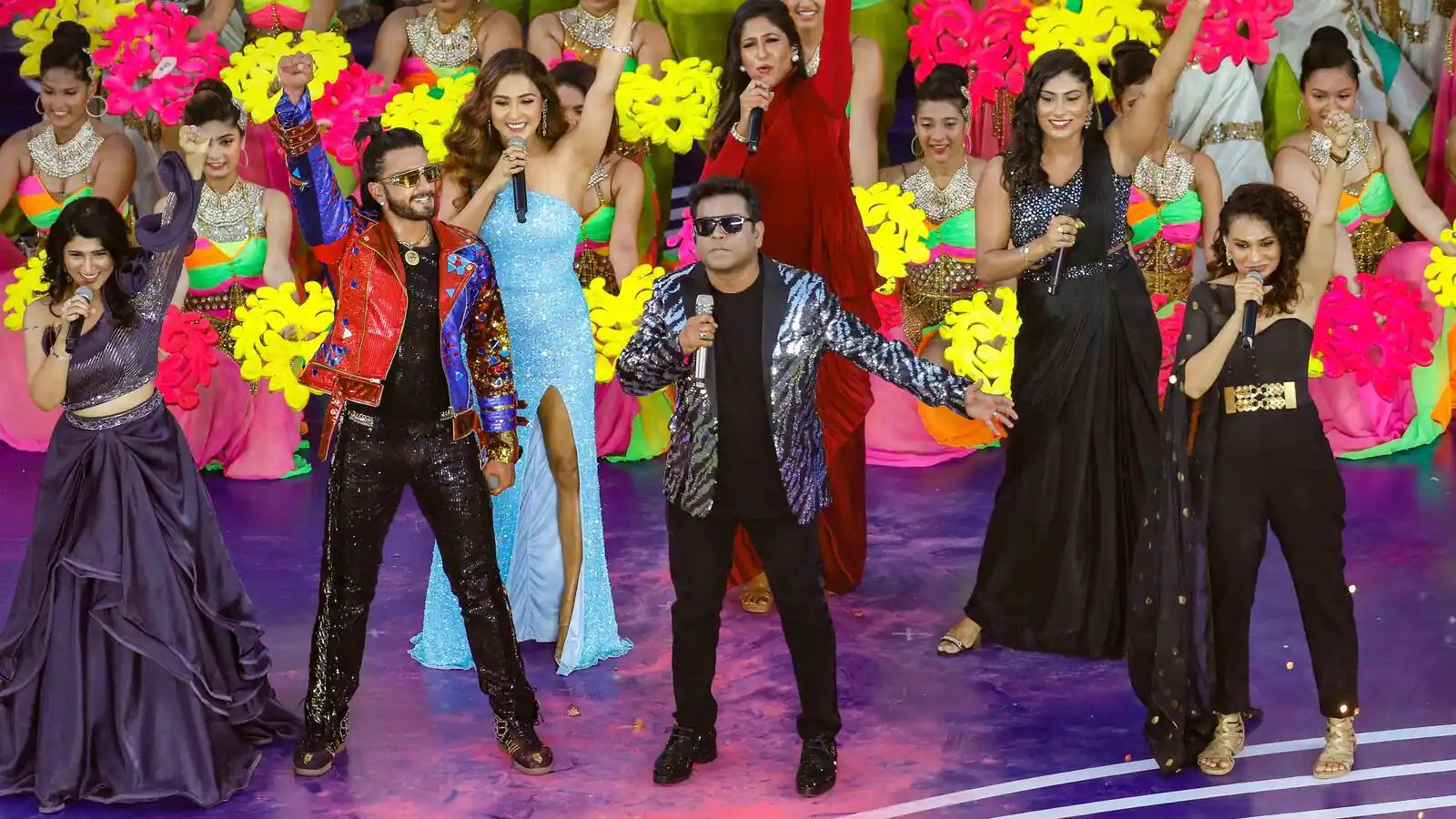 AR Rahman stole the show at the finale of IPL 2022. The singer paid tribute to India’s 75 years of independence at the closing ceremony. Over 1,00,000 fans sang Vande Matram along with AR Rahman, Mohit Chauhan, Neeti Mohan and others. Check out the post here.

Ahead of the IPL Finale between Gujarat Titans and Rajasthan Royals at the Narendra Modi Stadium, AR Rahman’s rendition of Vande Matram brought the entire crowd to their feet. Around 1 lakh fans in the stadium sang Vande Matram along with AR Rahman and others. Here is the video from the IPL 2022 Finale that will surely give goosebumps to the audience.

Apart from Vande Matram, the artist made a memorable performance at the closing ceremony performing his hit tracks, including Maa Tujhe Salam, Chale Chalo, and Sadda Haq among others.

Alongside AR Rahman, Mohit Chauhan and Neeti Mohan were spotted giving their brilliant performances at the closing ceremony of the IPL. Before the match, the fans were mesmerized by the performance of the artists, which made them stand to their feet and join the trio at the ceremony.

Before AR Rahman’s performance, actor Ranveer Singh dazzled the crowd with his energetic and power-packed dance moves. He kick-started the show with his hit track Ainvayi Anvayi, grooving over his popular song Tatad Tatad, and giving a Bengali twist with Tune Maari Entriyaan.