The audience’s wait for Ishaan Khatter and Ananya Panday starrer film, Khaali Peeli is finally over now. The much-anticipated film is coming out on pay-per-view service, Zee Plex. The Producer of the film, Ali Abbas Zafar announced this on Monday.

Earlier, the film was going to release on June 12, this year but due to the pandemic, got delayed. Now, like a few other films, the makers have decided to release it on an OTT platform.

Debutant director, Maqbool Khan has directed the film, which he promises to be a  “young, edgy roller-coaster ride that kick-starts one night when a boy meets a girl”. The film is set in Mumbai and also stars Jaideep Ahlawat apart from Ishaan and Ananya.

The makers also released a song, Beyonce Sharma Jayegi from the film on Monday. Nakash Aziz and Neeti Mohan have sung the track, with Vishal-Shekhar composing it.

Here you can check out the song :

The producer of the film, Ali Abbas Zafar has directed blockbusters like Sultan, Tiger Zinda Hai, and Bharat, all three starring Salman Khan in lead. He co-produces the film with Zee Studios.

Khaali Peeli’s teaser had received good reviews. Actor, Ishaan Khatter will also be seen in Mira Nair’s BBC One drama series, A suitable boy based on Vikram Seth’s novel of the same name. It’ll release on Netflix in India. 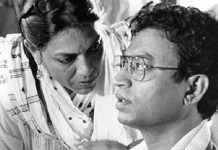 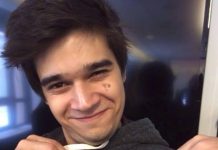 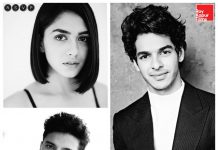