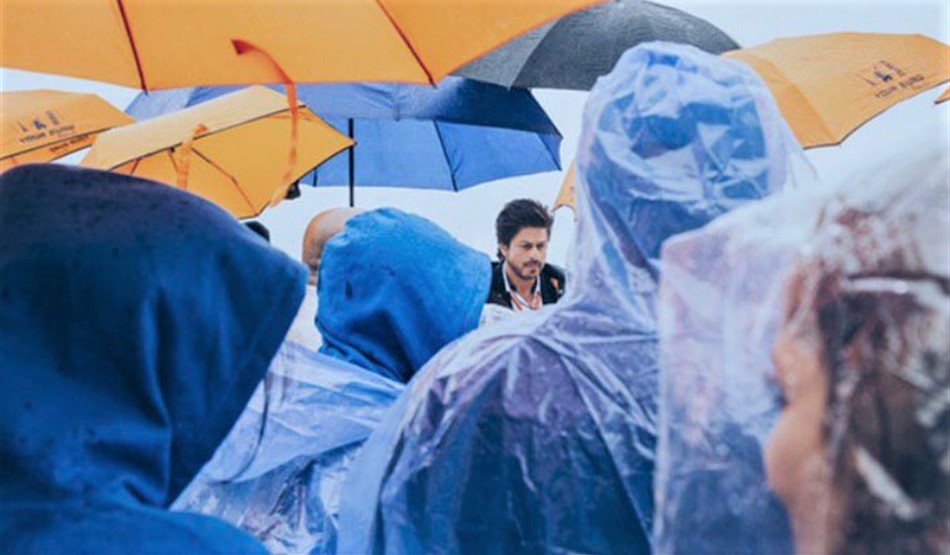 SRK shared a glimpse of the next song from Jab Harry Met Sejal. Coupled with the look in the still, it looks like this song is going to be a sad number

The first, second and third mini trails from the movie managed to leave audiences in anticipation. Then the makers of ‘Jab Harry Met Sejal’ released its first song ‘Radha’ which is a peppy number. Now Shah Rukh Khan has recently posted a picture on social media stating that the Imtiaz Ali’s directorial venture will have a rain song.

Along with the picture, Shah Rukh also wrote a few lines of lyrics of the song which read, “Idhar ka hi hoon main,udhar ka raha, safar ka hi hoon main safar ka raha”. Going by these words, we can guess the song is going to be a sad number from the film.

The song has been sung by Arijit Singh and the music has been composed by Pritam Chakraborty.

‘Jab Harry Met Sejal’s trailer was to hit YouTube on June 23 but the Censor Board chief, Pahlaj Nihalani, hasn’t given his approval to the usage of the word ‘intercourse’ mentioned in a dialogue from the film and shown in its second mini trail. Therefore trailer of the film has not been passed yet.

Hope we won’t have to wait for long!