Imtiaz Ali and Shah Rukh Khan are introducing the audience to their upcoming film by mini trails, before its release. The first one is out!

The team of “Jab Harry met Sejal” decided an interesting way to introduce the audience to their film by presenting “mini trails”, that is, a series of 30-second-long clips from the movie. By these mini trails, Imtiaz Ali wants to provide the audience a slight insight into the world of lead characters Harry and Sejal played by Shah Rukh Khan and Anushka Sharma. The first of these mini trails is out now!

The trailer is named ‘Character kharaab’, here SRK is trying to explain Anushka about what’s wrong with him and describing how he sees women, but Anushka fails to believe and laughs on him. The trailer also shows him drunk and being kicked out of a room by a woman. “Means main ladkiyon ko gandi nazar se dekhta hu, ma’am,” SRK he tells Anushka. Her character is so innocent that she does not understand anything he wants her to. Instead, she questions ‘ladka ladki main hota kya hai?’ to which Shah Rukh’s reaction is just epic. Not much is revealed about Anushka’s character apart from her Gujarati accent and the innocent nature.

The film traces the love story of a Punjabi man played by Shah Rukh Khan and a Gujarati girl essayed by Anushka Sharma. The film is scheduled to release on August 4th, 2017. 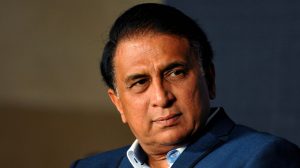