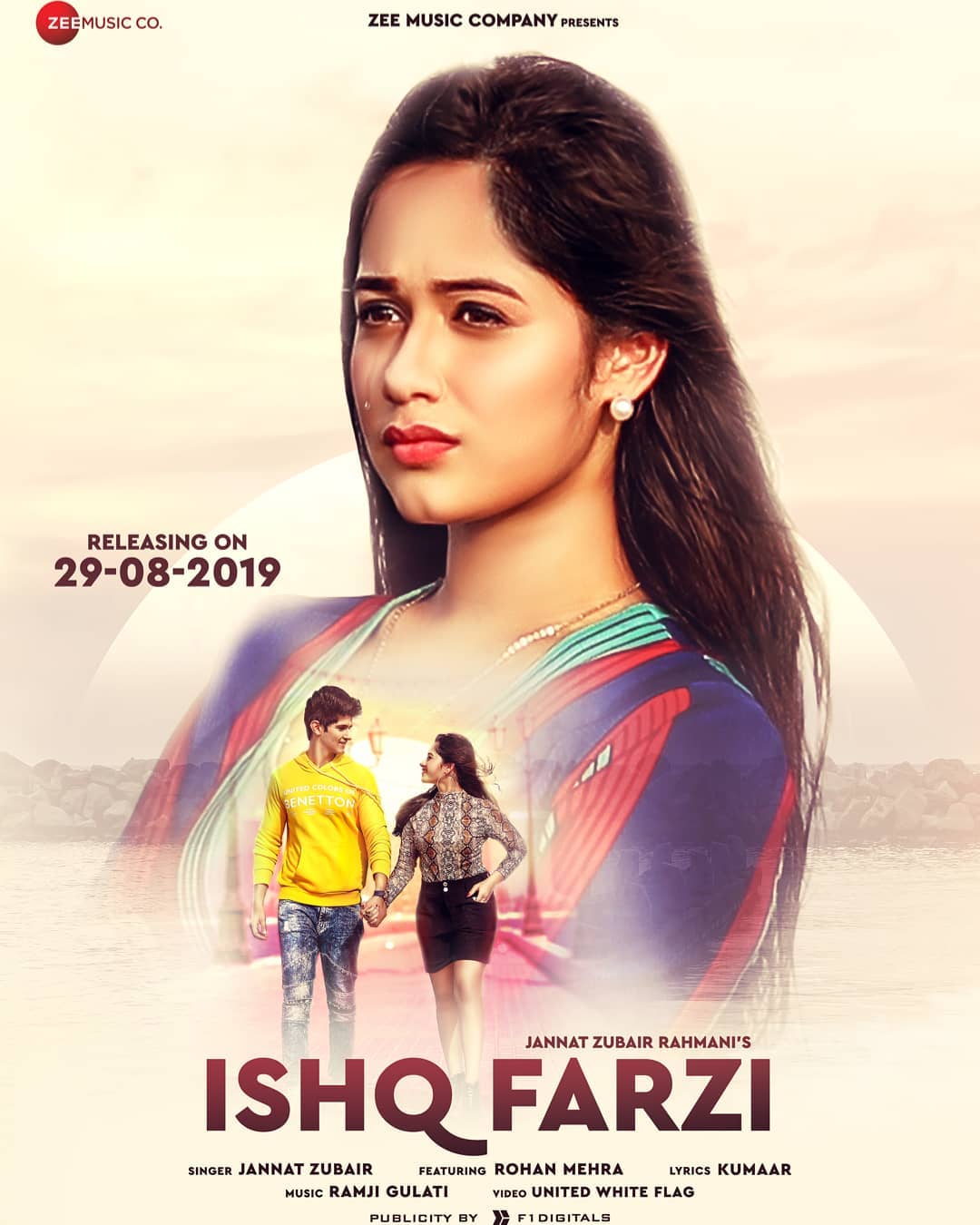 Song will also have Rohan Mehra opposite Jannat Jubair. Their chemistry through poster is looking very exciting. Rohan had earlier announced, through his Instagram, that he is working on a song with Jannat.

Jannat again today took to Instagram to share more details about it. She wrote, “Can’t wait for 29th August! Not only because it’s my birthday but because Ishq Farzi my first song as a singer is coming out on @zeemusiccompany ❤️ Want all your loveeeee 📸”

Can’t wait for 29th August! Not only because it’s my birthday but because Ishq Farzi my first song as a singer is coming out on @zeemusiccompany ❤️ Want all your loveeeee 📸 @ayaanzubair_12

The song will be released on 29th August.

Talking about the previous song of Jannat, it was released recently on Twitter. The song has got massive response on Youtube and it has been watched by over 4 million people already.

She was also seen opposite Siddharth Nigam a while back in a music video. Their song ‘Zaroori Hai Kya Ishq Mein’ also became a hit on Youtube. The song has already crossed 12 million views on Youtube.

On the work front, Jannat currently is among the most successful and popular child artists in the country. She was seen playing the role of Young Phool Kanwar in ‘Bharat Ka Veer Putra–Maharana Pratap’. Her performance in the show was outstanding and it was praised by everyone.

She was recently seen in the show ‘Tu Aashiqui’ where she was playing the role of ‘Pankhti Sharma’.

Fans can’t wait to see Jannat soon in a music video. Her cute looks and innocent style is admired and is the reason behind her phenomenal popularity.