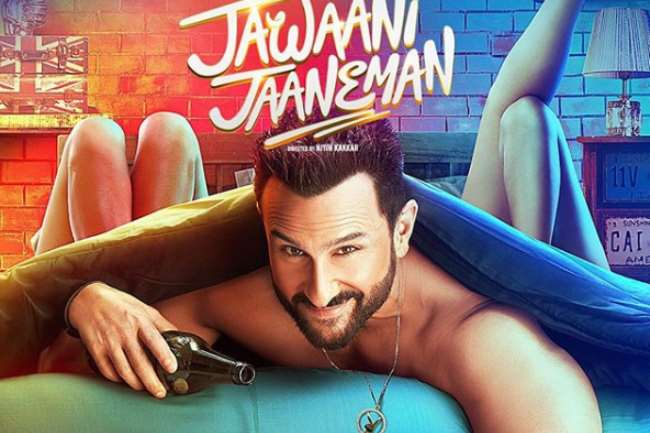 After revealing the first poster a few days ago, the makers of the upcoming film Jawaani Jaaneman, which stars Saif Ali Khan and Tabu, have dropped the teaser of the film. It also marks the debut of veteran actor Kabir Bedi’s granddaughter and actress Pooja Bedi’s daughter Alaia F.

The teaser suggests we will get to see Saif in the Salaam Namaste and Cocktail space. He looks like a man sexually involved with several women, leading a hedonistic life, and running away from marriage. While in the previous films, he was a young lad, here he is a man of mature age. It is also reported that he will be playing father to Alaia F. in the film.

The teaser also features the remake version of Saif’s popular song from the 1990s Ole Ole from his film Dillagi. Tanish Bagchi, who has composed the version, told Mid-Day, “Since Ole Ole is an all-time classic, the producers [Jackky Bhagnani and Jay Shewakramani] decided on recreating this fun song. Lyricist Shabbir [Ahmed] and I have worked on quite a few songs. While writing the lyrics for this track, he tried to retain the fun element. The idea was to better the original song and enhance its feel.”

Directed by Nitin Kakkar and distributed by Pen India Limited, Jawaani Jaaneman is produced by Vashu Bhagnani’s Pooja Entertainment in association with Saif’s Black Knight Films and Jay Shewakramani’s Northern Lights Films. The film is scheduled to be released on 31 January next year.