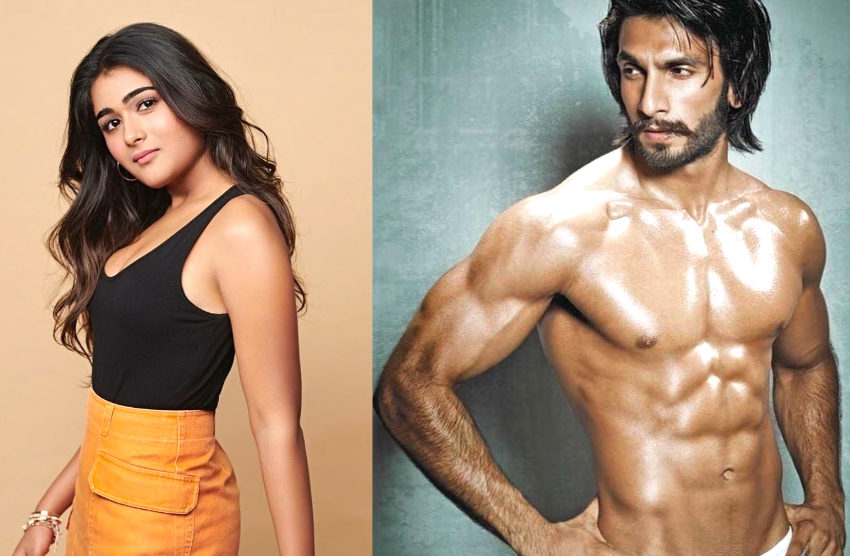 Tamil and Telugu film actor Shalini Pandey, who starred in Telugu language romantic drama film Arjun Reddy in 2017, is now all set to make her Hindi debut as the leading lady in the upcoming film Jayeshbhai Jordaar. She has two reasons to be happy about her debut film — it is bankrolled by one of the biggest production houses Yash Raj Studios and she is working opposite Ranveer Singh who is undoubtedly a superstar today.

But it is not the stardom of Ranveer that awestruck her. During a recent interview with Mid-Day, she revealed that it his caliber as an actor that helped her. “The fact that I’m debuting opposite a powerhouse performer like Ranveer Singh gives me the confidence to express myself as an artiste and prove myself in the film. I know I have to give it all when I’m acting with him because he puts in 200 per cent in every performance,” she told the publication.

Shalini believes working with Ranveer has helped her hone her craft. She said, “He is a genius at adding nuances over and above what the script originally intended to do. It’s amazing to see his process as an actor. I will emerge a better actor after doing this film.”

While Ranveer has described the film as a “miracle script” in his previous interviews, Shalini believes “ the film will move people with its powerful message that has been delivered through humour.”

Bankrolled by Yashraj Studios, Jayeshbhai Jordaar is written by and will be directed by debutant Divyang Thakkar who has previously acted in short films like Kalapaani and feature film Bey Yaar. The film will be produced by Maneesh Sharma who directed Band Baaja Baaarat.