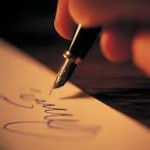 Being a damsel in distress is a thing of the past for our Bollywood actors. Most female actors insist on doing their own stunts and actions these days and Sonakshi Sinha is not one to back out.

After her performance in Akira, she’ll be showing more of her moves in Force2, which’s set to release on the 18th of November. Speaking in an interview, John had a few words to say about Sonakshi’s action scenes.

“I asked Sonakshi if she would like to perform an action sequence herself or would prefer a body double, but she was game for it. After seeing her dedication, I asked my action director to re-design a whole sequence which originally had me fighting baddies, while Sonakshi shielded a pregnant lady. We finally decided to let her do the fighting. I can vouch that she is going to walk away with a lot of praise.”

The trailer of Force2 is to be attached with the forth-coming biopic M.S.Dhoni: The Untold Story.