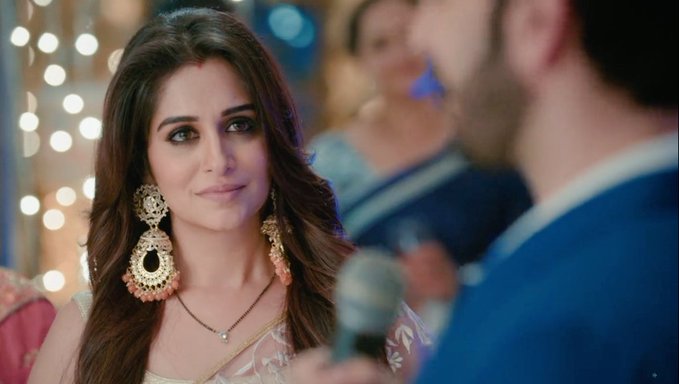 The upcoming episode of Kahaan Hum Kahaan Tum begins with Nishi deciding that Sonakshi must know the truth about Rani’s alcoholism. There’s a brief flashback, which takes us back to the scene when Rohit and Sonakshi fell down on the floor. They share a brief romantic moment, but Rohit is still upset with Sonakshi and tells her to come down for the party. Suman arrives and meets Nishi. She begins to taunt Nishi about her inability to have children. Nishi gets very upset, and leaves the conversation. Veena confronts Suman and warns her against mocking Nishi, because Pooja’s adoption is a very sensitive topic for her. Suman thinks Sippy family is being too conscious of the issue, because adoption is a noble thing to do.

Rohan tries to kiss Pari in the kitchen, but Tanya finds them. Pari lies that she was trying to find sugar, and is able to fool her. Tanya takes Pari away to have some girl talk with her. Nishi mixes alcohol in Rani’s drink. YK tries to stop her, but Nishi explains that she can’t let Pari get closer to Rani. Rohit gives a speech about YK and Nishi’s marriage, and hopes that he has a similar relationship with Sonakshi.

Tomorrow: Rani drinks alcohol, and reveals her true intentions to enter the Sippy family; she wants their money. Sonakshi hears her.