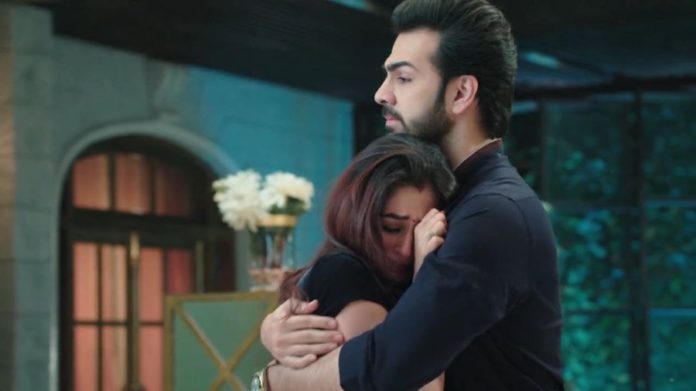 The episode begins with Pooja’s emotional breakdown, as she’s unable to believe that her whole life was a lie. Pooja begins to imagine that all the members of her family are laughing at her, telling her how she doesn’t belong to their lineage, and got lucky because they chose to adopt her. She has locked herself in her room. Rohit, Sonakshi, YK and break in and find her seated on the floor, the contents of the room in disarray. YK approaches Pooja, calling her his daughter but she lashes out at him. Rohit tells her that she’s his sister, but Pooja is inconsolable and says her life has been destroyed because of this revelation.

Sonakshi is also heartbroken that Pooja has to suffer so much because of her interview, but Rohit tells her it wasn’t her mistake. He’s about to take Pari’s name, but stops. At home, Suman beats and berates Pari for her evil actions and tells her how they’ll lead to more harm to Sonakshi’s image in the Sippy family.

Tapasya, at her office is already planning to have the media clamor around the Sippy house and blow the matter out of proportion. Rohit visits Sonakshi while she’s asleep and and sits besides her. He looks at her lovingly.

At night, Sonakshi suddenly wakes up and goes to find Pooja in her room. When she enters the room, she’s horrified to see that Pooja has attempted suicide by slitting her wrists. Sonakshi screams for help and everyone arrives. As Rohit is preparing to take Pooja to the hospital, Sonakshi yells and says they shouldn’t go because police will get involved because of the matter of suicide and the whole world would know. Naren tells Rohit to call for all the equipment from the hospital and treat Pooja in the house.

Tomorrow: Naren decides to take Pooja to the hospital and they’re stopped by the media on their way.