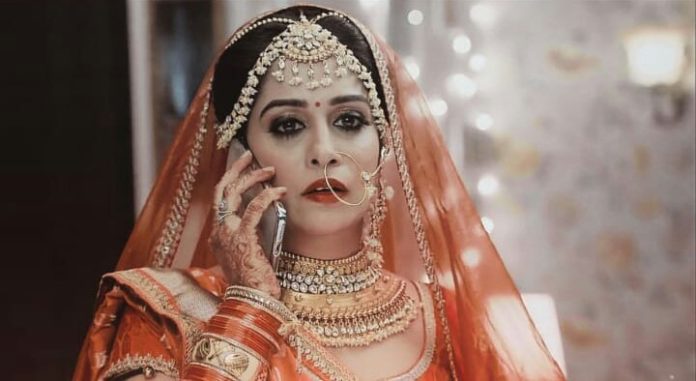 The episode begins with Suman scolding Sonakshi about her decision to leave the wedding to shoot her show, and orders her to stay in her room until it’s time for the ceremony. There’s a brief flashback as Mahesh bribes a man to run in front of the crew’s car and blame them for his accident so that they don’t reach Sonakshi’s home to shoot her scenes. Rohit is celebrating his wedding day with his family.

Veena approaches Rohit and asks Naren to put Kalgi on Rohit’s turban and give him advice for his future with Sonakshi. Rohit isn’t too excited because he doesn’t trust his father’s advice about a happy marriage but still let’s him fix the Kalgi.

Sonakshi phones Netra and finds out that the crew has been sent to jail because of the accident. She decides to call another crew to a location near her house where they could shoot her close-ups in an hour and she could return by the time of the wedding ceremony. She orders Mahesh to keep his mouth shut about her decision.

Sonakshi tells Suman that she’ll go to shoot for her show, but her mother is very angry and bans her from leaving the room. Rohit’s baraat arrives outside, and Suman performs the nose holding ceremony after he tells her he’s comfortable in being Sonakshi’s slave for the rest of his life.

Sonakshi is getting very desperate and decided to leave the wedding for an hour. Veena sends Raima with the necklace for Sonakshi. The episode ends with Sonakshi sitting in front of the mirror and wearing the necklace.

Tomorrow: Rohit approaches Sonakshi’s room where Raima is sitting in the brides’ clothes.