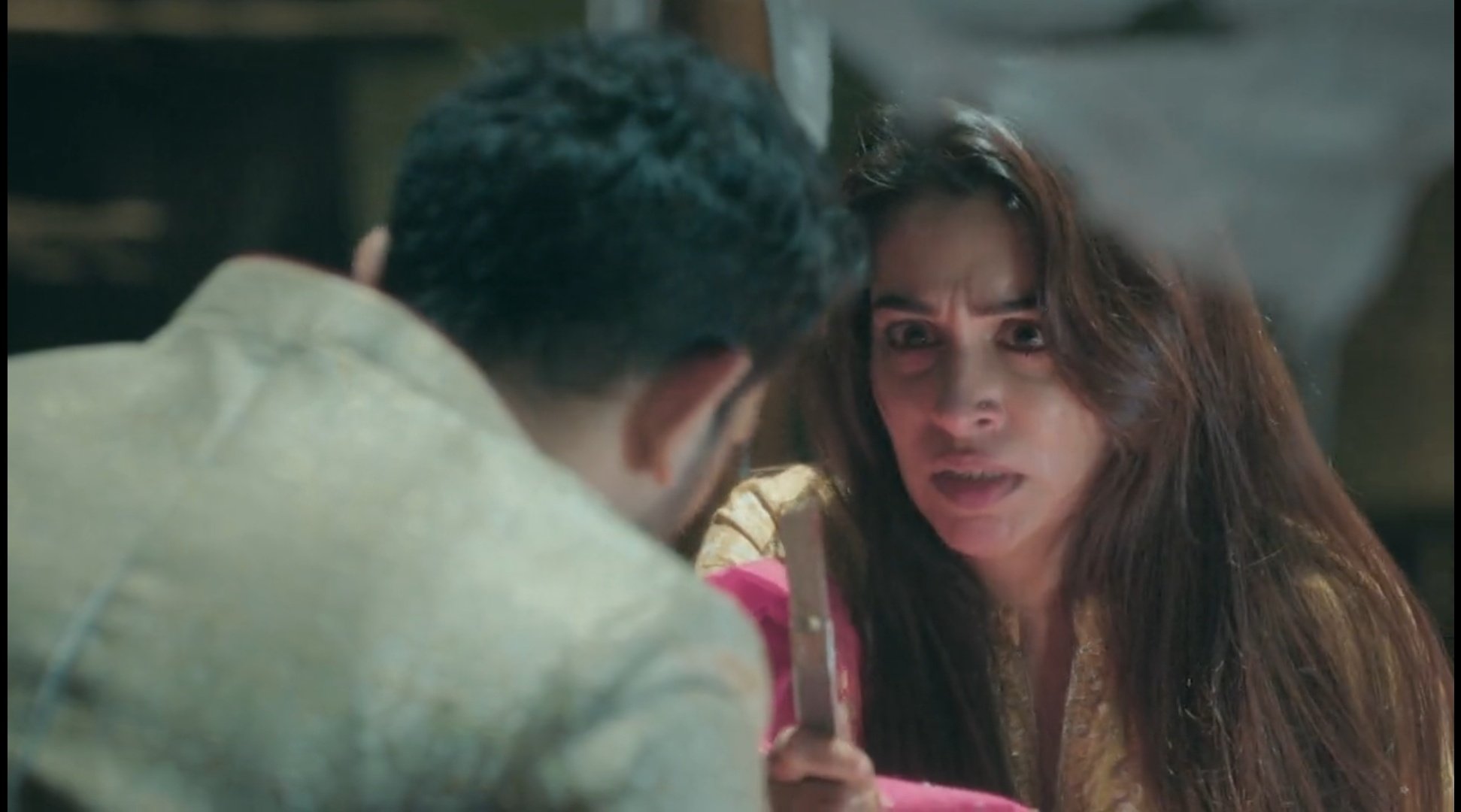 The episode begins with Sonakshi dangling from the rafters of the sets, as Mahesh holds her hand. Suddenly, his grips slips. There’s a brief flashback and Sulochana is readying Raima for the wedding. The crew of a movie enters the abandoned studio, but the director is very afraid to set the shooting inside it because he believes that its haunted. Suman and Veena enter Sonakshi’s room. Sulochana fools them both by stating that Sonakshi has taken a vow of not revealing her face until she’s married to Rohit. Veena asks her about Raima’s whereabouts. Mahesh drags Sonakshi up to the set rafters, as the crew roams beneath.

Soluchana and Suman get into a fight because Suman begins to feel that she’s behaving very intrusively and should go out and serve the Sippy family. Soluchana is very upset but exits. Suman tells the truth about Soluchana’s advice to her about Sippy’s properties. Veena realizes that Soluchana wanted to break her son’s marriage.

Sonakshi tries to diver the crew’s attention, but her mouth is stuffed with cloth. Mahesh’s hand slips and they both fall down. Mahesh faints, but Sonkashi regains her composure and tries to grab the key. Mahesh wakes up and swats her hand away. Veena tells Soluchana to leave her son’s wedding. Soluchana pleads with her son, YK, but he’s embarrassed from her actions. She slaps him and says she’s embarrassed that he’s her son. Raima and Rohit exchange the wedding garlands and Pooja is called to perform the gathbandhan. YK looks at Raima suspiciously.

‘Bandit Shakuntala’: Biopic of former dacoit Shakuntala Devi to be shot in single schedule on actual locations
‘Ashiqui Mein Teri 2.0’: Himesh Reshammiya’s new version of his own super hit song is out; Check out
Comment