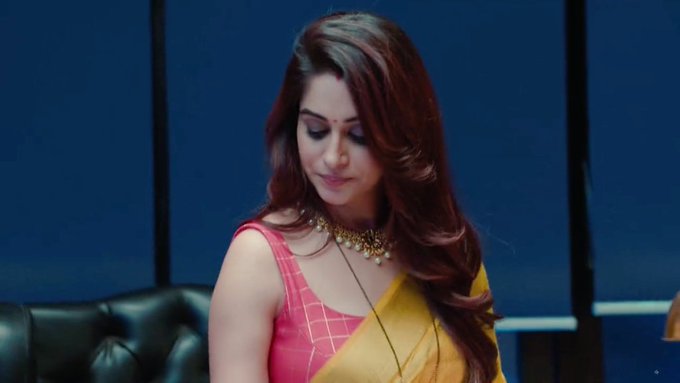 The episode begins with Sonakshi recommending to the Sippy family that they should tell Pooja that she’s adopted. Rohit vehemently disagrees with her, because he feels that revealing the truth to Pooja and the entire world is going to cause more problems and would not help in her marriage. Sonakshi tries to explain that truth isn’t going to hurt Pooja, but Rohit gets angry and tells her to leave the room because this is the matter of Sippy family. Sonakshi is angry with Rohit for scolding her.

Rohan and Pari talk with the pregnant woman and try to make her withdraw her report against them. They offer to take her to the hospital and to grant sensible compensation for the damage they’ve caused her. By the time Naren reaches the police station to check on the woman, everybody has already gone because she accepted the compensation. Rohan and Pari decide to make a plan that’ll make it easier for them to meet with each other without the fear of being caught.

Rohit enters the room, but Sonakshi doesn’t want to talk to him. They have a little childish fight. In the morning, Rohit is called downstairs for a family meeting. Sonakshi also goes down, and meets Tapsaya who has come to take her interview about her wedding. Rohan tells Tanya that he has hired Pari as their interior designer. Pari notices her bracelet in Tanya’s drawer and panics because if her sister found out about it, she’ll be very angry. She tries to take it back from the drawer but Pooja finds her and accuses her of stealing.

At the family meeting, everyone decides to not reveal the truth Pooja. Sonakshi is still in opposition of this decision. As they’re talking about this, Pari listens and is shocked to find out that Pooja is adopted.

Tomorrow: The truth about Pari is revealed in newspaper, in Sonakshi’s interview.

It’s raining sequels in Bollywood, but there is a drought of originality
Shah Rukh Khan to star in Raj Nidimoru and Krishna D.K.’s directorial film
Comment