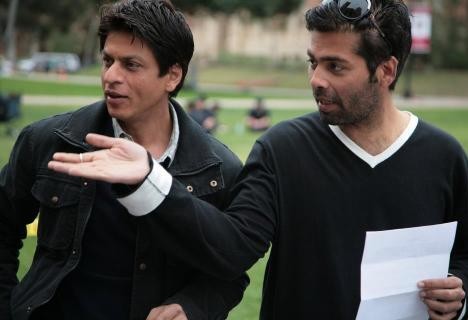 Renowned Producer and Director Karan Johar is well known for his larger than life films. Right from his directorial debut ‘Kuch Kuch Hota Hai’ Johar is keenly delivering romantic dramas for more than two decades now. While most of his films are loved my masses, these films often fall under the prey of Critics.

And last couple of years have not been so good for Johar as most of his films received a lot of criticism this time also from the masses. But we know he’ll get back on track soon. Keeping that aside for now, on his 48th Birthday, here’s taking a look at some of his finest works which were loved by both, masses as well as the classes.

My Name Is Khan This 2010 film was the story of Rizwan (Shah Rukh Khan) who aimed to change the societal perception towards his community. Apart from great storytelling, this film gave us a protagonist with Asperger’s syndrome, and mades us all aware of what truly it means to define a character. My Name Is Khan is still considered to be one of his finest works. Bombay Talkies which was filled with four stories directed by Karan Johar, Anurag Kashyap, Dibakar Banerjee and Zoya Akhtar. Out of these four stories, Karan’s was a hard-hitting tale as he portrays a story of a homosexual character played by Saquib Saleem. A story that was quite off the line when it comes to Mainstream Bollywood. Hence, this one was appreciated by masses as well as the critics. Most of you won’t agree to the fact that this film deserves to be on the list. Kalank was not Johar’s directorial work but he presented this story to the Indian audience under the banner of Dharma Productions. And to be honest, we lacked a story like Kalank in Indian Cinema. A story depicting multi characters had a lot of different angles to the story and it definitely stood out compared to other romantic dramas.

Gauri Khan to launch her book “My Life in Design”, in 2021; signs deal with Penguin Random House