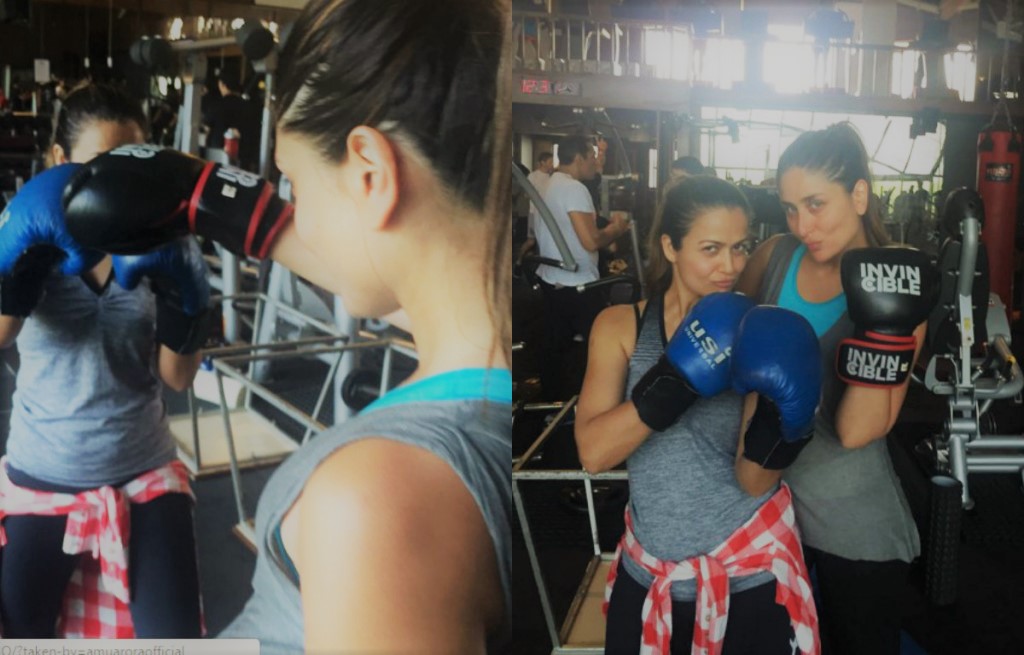 Bollywood actresses and BFFs Kareena Kapoor Khan and Amrita Arora Ladak‘s latest workout videos will give you fitness goals! The two divas beat the hot weather and indulged in a rigorous workout at the gym.

Kareena Kapoor Khan is surely proving that every myth you have ever heard about pregnancy weight sticking to you is just a myth. Weeks after she gave birth to Taimur Ali Khan, Kareena embarked on losing all the extra weight she had gained during her pregnancy. In fact, for all those who have been wondering how the actor is back to her previous shape so soon, Kareena’s new workout videos are a perfect reply. In the videos shared by Amrita Rao, we see Kareena being so focused and dedicated that it is quite inspiring for her fans.

The actor has always promoted fitness. She worked until the ninth month of her pregnancy and started shooting for magazines, brands right after the birth of Taimur. And now, soon the actor would begin shooting for ‘Veerey Di Wedding’, the dream project of Anil Kapoor’s daughter Rhea Kapoor. The project will also star Sonam Kapoor and Swara Bhaskar in the lead role and is said to be an Indian adaptation of ‘Sex in the City’.