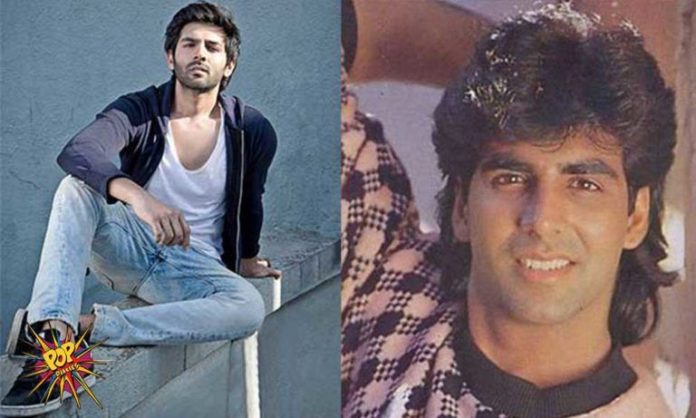 Kartik Aaryan is currently one of the most talked about young actors in the country. After facing few failures in the beginning of his career, Kartik has reintroduced himself with two superhits in the form of Sonu Ke Titu Ki Sweety and Luka Chuppi. Actor is currently awaiting for his next release Pati Patni Aur Woh.

Amidst all this, Kartik has also slowly started making his way up the ladder by featuring in big banner movies and replacing established actors. Most notable in this regard recently is when he was selected for Bhool Bhulaiyaa 2. People called him ‘next’ Akshay Kumar and some even went to the extent saying that filmmakers who can’t afford Akshay Kumar, are inclined to opt for Kartik Aaryan.

Kartik however has made it clear that he doesn’t believe in these comparisons and replacements. On asking about him replacing Akshay Kumar in the movie, he said, “Bhool Bhulaiyaa is one movie that is being loved by the audience and myself. It is one of the most loved psychological thriller and horror comedy films and it was one of it’s kind in that space”.

He further said, “I have been a huge fan of Akshay Sir. I have always said this. He is currently the biggest superstar in the country. Replacing him is not very easy. I am very glad that Bhool Bhulaiyaa 2 is happening and I am looking forward to the shoot”.

This is not the first time that Kartik has expressed his admiration for Akshay Kumar. He had earlier said that he is a huge fan of Akshay Kumar for his action and comedy movies.

In the context of replacing Akshay Kumar, we should tell you that this is not the only case. There are rumors that Kartik can also replace Akshay in popular comedy series Hera Pheri.

A fan page related to Kartik Aryan had claimed that the idea of Hera Pheri 3 has already been pitched to Kartik Aaryan and the actor is very happy to be on board.

If this news comes out to be true, it will be single biggest film for Kartik Aryan and would be a massive boost for his career.